Home Antichrist Putin: WWIII may be end of civilization, and that should restrain conflicts

RT: A new world war could become “an end of civilization,” Russian President Vladimir Putin said during a live televised call-in show. Awareness of this should restrain international powers from engaging in global conflict, he added.

While giving his take on the risks of a new global conflict, Putin recalled Albert Einstein. “I do not know with what weapons World War III will be fought, but World War IV will be fought with sticks and stones,” he quoted the world renowned physicist and a Nobel Prize winner.

Opinion: The Russian czar is right and wrong. WWIII, or Armageddon, as Scripture calls it will end modern civilization as we know it, but a remnant of the population will survive in a totally new and different reality called the Millennial Reign of Jesus Christ. 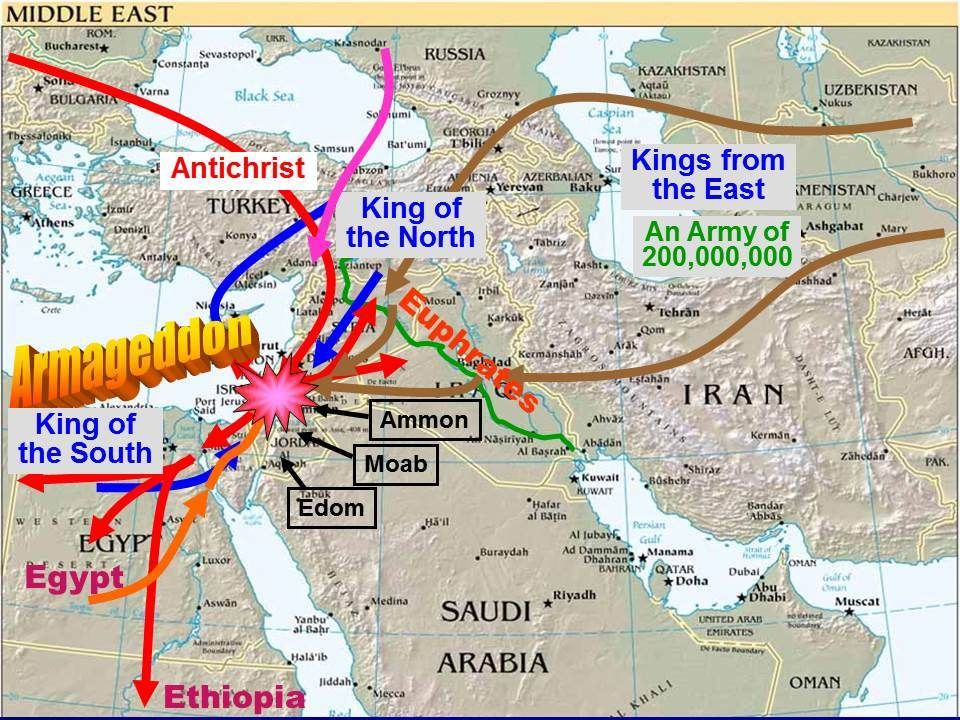 There are three sets of 7 judgments in the last 7 years of this age:

Seal Judgments: (Rev. 6:8)  Death and Hades are given power over 1/4th of the earth to kill by the sword, famine, plague, and wild beasts, leaving 3/4ths of the population still alive at the end of the Seal Judgments.

Bowl Judgments: (Rev. 16:1-21) We’re not told how many perish during the Bowl judgments but Zechariah 13:8-9 says this about the Jewish survivors:

“And it shall come to pass in all the land,” Says the Lord, “That two-thirds in it shall be cut off and die, But one-third shall be left in it. I will bring the one-third through the fire (Great Tribulation), Will refine them as silver is refined, And test them as gold is tested. They will call on My name, And I will answer them. I will say, ‘This is My people’; And each one will say, ‘The Lord is my God.’”