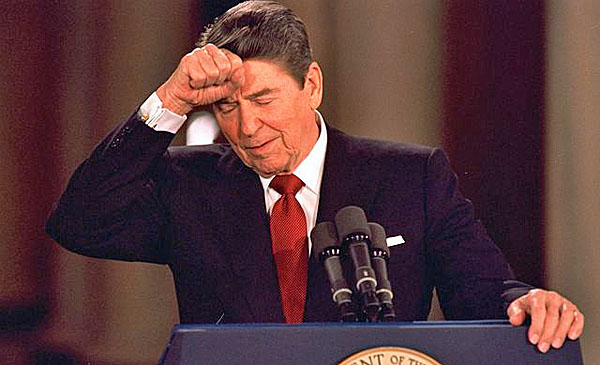 WND: Angry Republicans are blaming Democrats for holding up a $1 trillion stimulus package meant to provide relief to Americans and businesses amid the coronavirus crisis, but the man whose economic theory became a cornerstone of Ronald Reagan’s revolution hopes the plan will die.

Art Laffer, in an interview Monday with Fox News, called the bill a “helicopter money proposal” of handouts that has a bad track record historically.

Opinion: It, the c-virus, has hit the nation like a category 5 hurricane. I remember Hurricane Andrew well, it came into Miami like a freight train with up to 220 mph winds, and it was over in 8 hours.

Progressive NY Gov. Andrew Cuomo (possible relation) is saying the c-virus shutdown of NY should last 8-9 months, virtually guarantying the end of the US economy, in the same way that Hurricane Andrew lasting for a week would have ended Miami.

Art Laffer was one of the architects of the massive Reagan market rally that began in 1981 following 4 years of Jimmy Carter when interest rates skyrocketed and economic growth plummeted. The progressive left does not like Art Laffer.

The now, unbelievable total of $6 trillion in stimulus by the Federal Reserve guarantees economic enslavement for future generations. Donald Trump’s spending up to the onslaught of the virus, was equal to or more than Obama. source