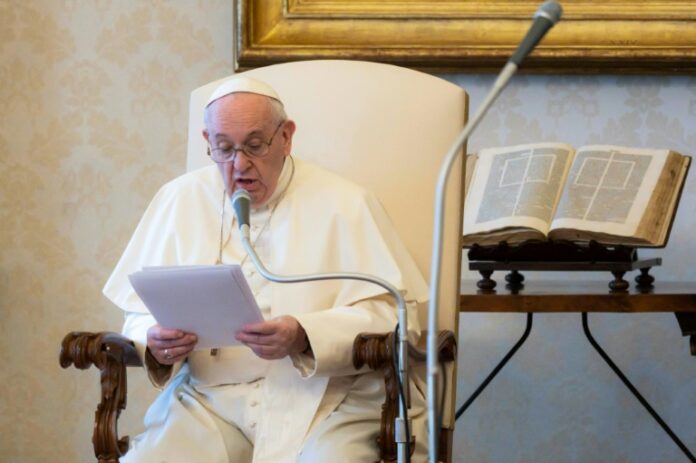 Thompson Reuters: A dissident band of Roman Catholic priests leading a disobedience campaign against the Vatican said on Tuesday they would carry on blessing same-sex couples in defiance of Church orders.

“For this reason God gave them up to vile passions. For even their [i]women exchanged the natural use for what is against nature. 27 Likewise also the [j]men, leaving the natural use of the woman, burned in their lust for one another, men with men committing what is shameful, and receiving in themselves the penalty of their error which was due.” Romas 1:26-27

The Vatican said on Monday that priests cannot bless same-sex unions and that such blessings are not valid, in a ruling that disappointed gay Catholics who had hoped their Church was becoming more welcoming under Pope Francis.

In some countries, parishes and ministers have begun blessing same-sex unions in lieu of marriage, and there have been calls for bishops to institutionalise de facto such blessings. Conservatives in the 1.3 billion-member Roman Catholic Church have expressed alarm over such practices.

“We members of the Parish Priests Initiative are deeply appalled by the new Roman decree that seeks to prohibit the blessing of same-sex loving couples. This is a relapse into times that we had hoped to have overcome with Pope Francis,” the Austrian-based group said in a statement.

“We will — in solidarity with so many — not reject any loving couple in the future who ask to celebrate God’s blessing, which they experience every day, also in a worship service.”

The Parish Priests Initiative led by Father Helmut Schueller has long been a thorn in the side of the Vatican. The group wants Church rules changed so that priests can marry and women can become priests.

It has said it will break Church rules by giving communion to Protestants and divorced Catholics who remarry. Read More