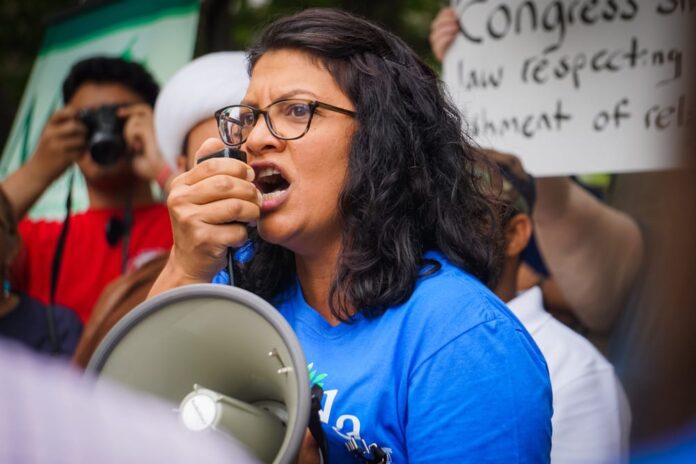 “We also need to recognize — and this is for me as a Palestinian American — we also need to recognize as I think about my family and Palestine that continue to live under military occupation and how that really interacts with this beautiful black city that I grew up in,” Tlaib began, referring to her hometown of Detroit. “You know, I always tell people cutting people off from water is violence from Gaza to Detroit. And it’s a way to control people, to oppress people. And it’s those structures that we continue to fight against.”

Who is “controlling” people in Gaza and Detroit?

“I know that you all understand the structure that we’ve been living under right now is designed by those that exploit the rest of us for their own profit,” Tlaib continued. “I don’t care if it’s the issue around global human rights and our fight to free Palestine or to pushing back against those that don’t believe in the minimum wage or those that believe that people have a right to health care and so much more. And I tell people, those same people, that if you open the curtain and look behind the curtain, it’s the same people that make money and, yes they do, off of racism, off of these broken policies. There is someone there making money and you saw it!”