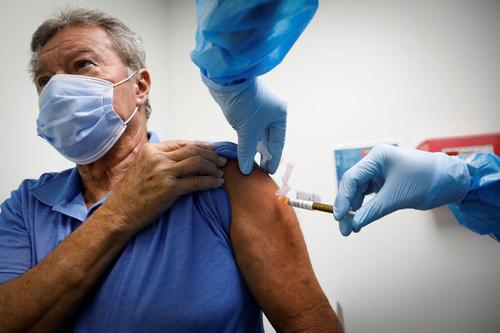 “Do not lie to one another, since you have put off the old man with his deeds” Col. 3:9

The government’s Vaccine Adverse Event Reporting System, or VAERS, contains voluntary, unverified reports of adverse events following immunization with U.S.-licensed vaccines. But it’s estimated that only between 1% and 10% of the adverse events that occur are reported to VAERS.

A Morning Consult poll released earlier this month, Breitbart News reported, showed 49% of Americans who are “vaccine hesitant” cite safety concerns and a lack of trust in vaccines that were developed in one year while the process normally takes 10 to 15 years.

One respondent to the survey said, “The fact that they’re offering money to take, tells me that something is wrong.” Read More