Arutz Sheva: sraeli Prime Minister Binyamin Netanyahu reached out to two Joint Arab List MKs, offering them government positions in exchange for support in forming a new coalition, according to a report by Al-Jarida.

” … Was not Esau Jacob’s brother?” Says the Lord.
“Yet Jacob I have loved; 3 But Esau I have hated,
And laid waste his mountains and his heritage
For the jackals of the wilderness.” Malachi 1:2-3

The report in the Kuwait-based paper claimed that Natan Eshel, a close confidant of Netanyahu, met with Joint Arab List MKs Ahmed Tibi and Osama Saadi, both members of the Joint Arab List’s Ta’al faction. 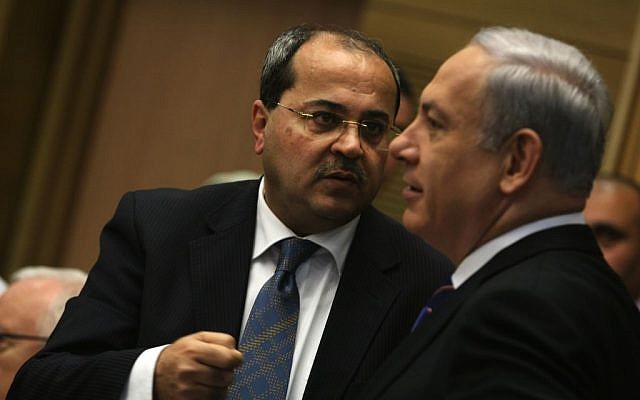 During the meeting, Eshel reportedly offered the two a pair of positions in exchange for helping Netanyahu form a new government. The positions are said to have included Minister for Arab Affairs and Deputy Minister for Combating Violence in the Arab Sector.

The two reportedly said they would seriously consider the offer. Read More