Zero Hedge: For years, commentators (myself included) have discussed the next global monetary realignment, which is sometimes called The Big Reset or The Great Reset.

Now, it looks like the long-expected Great Reset is finally here.

China Gets a Seat at the Monetary Table

In July 2016, the IMF issued a paper calling for the creation of a private SDR bond market. These bonds are called “M-SDRs” (for market SDRs), in contrast to “O-SDRs” (for official SDRs).

In August 2016, the World Bank announced that it would issue SDR-denominated bonds to private purchasers. Industrial and Commercial Bank of China (ICBC), the largest bank in China, would be the lead underwriter on the deal.

In September 2016, the IMF included the Chinese yuan in the SDR basket, giving China a seat at the monetary table.

The SDR can be issued in abundance to IMF members and used in the future for a select list of the most important transactions in the world, including balance-of-payments settlements, oil pricing and the financial accounts of the world’s largest corporations, such as Exxon Mobil, Toyota and Royal Dutch Shell.

So, the framework has been created to expand the SDR’s scope.

This is not speculation anymore; it’s happening in front of our eyes. The Great Reset is coming fast. The future is here.  Read More

He causes all, both small and great, rich and poor, free and slave, to receive a mark on their right hand or on their foreheads, 17 and that no one may buy or sell except one who has the mark or the name of the beast, or the number of his name. Revelation 13:16-17

In the verse above, even though Antichrist will have the ability to track every financial transaction on the planet, the actual mark will do all the work for him. With buying and selling controlled, paper money and gold drop from the equation and digital currency comes to the forefront.

While the financial world is in chaos today trying to decide if crypto mania is for real or a short-lived fad, the prophecy indicates that cryptocurrency is the way forward, but which one and when?

There has been talk for a few weeks now of a possible Indian bitcoin ban as well as an Indian ban of all non-State sponsored cryptocurrencies to pave the way for an RBI (Reserve Bank of India) cryptocurrency.

Now, according to the latest report from a senior Indian Finance Ministry official that stated, “Cryptocurrency isn’t fiat currency backed by the Reserve Bank of India, and its usage in all forms will be banned through the new law that will be introduced in Parliament,” India will pass legislation soon that will ban cryptocurrencies within the nation, a decision that will obviously significantly impact 7 million Indians that collectively hold more than $1 billion in cryptos. 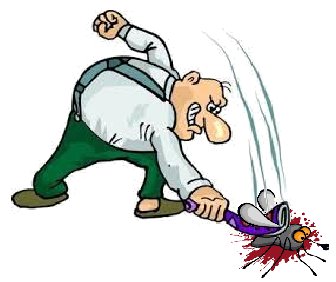