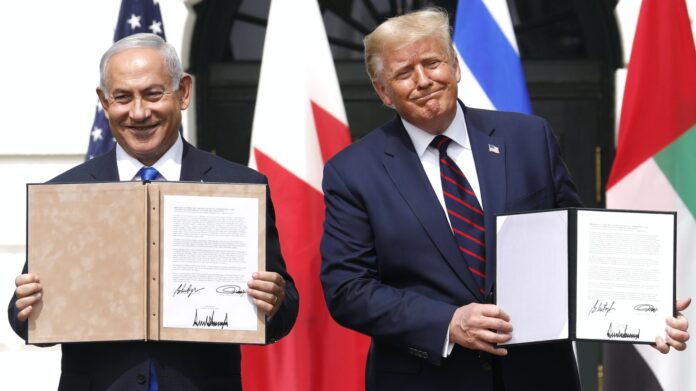 Arutz Sheva: The Biden State Department discourages employees from referring to the peace agreements signed by Israel and its Arab neighbors by its official name, the Abraham Accords, the Washington Free Beacon reported on Friday.

“And he shall confirm the covenant with many for one week: and in the midst of the week he shall cause the sacrifice and the oblation to cease …” Daniel 9:27

According to the report, the name has also been erased from a wide array of official State Department communications as the new administration presses officials to refer to the Trump-era deals as “normalization agreements.”

The Abraham Accords were brokered last year by the Trump administration and paved the way for Israel to sign normalization deals with the United Arab Emirates, Bahrain, and, later, Sudan and Morocco. Read More