Tired of a too-strong and newly weaponized greenback, some of the world’s biggest economies are exploring ways to circumvent the US currency.

Smaller nations, including at least a dozen in Asia, are also experimenting with de-dollarization. And corporates around the world are selling an unprecedented portion of their debt in local currencies, wary of further dollar strength.

” When He opened the third seal, I heard the third living creature say, “Come and see.” So I looked, and behold, a black horse, and he who sat on it had a pair of scales in his hand. Rev. 6:5 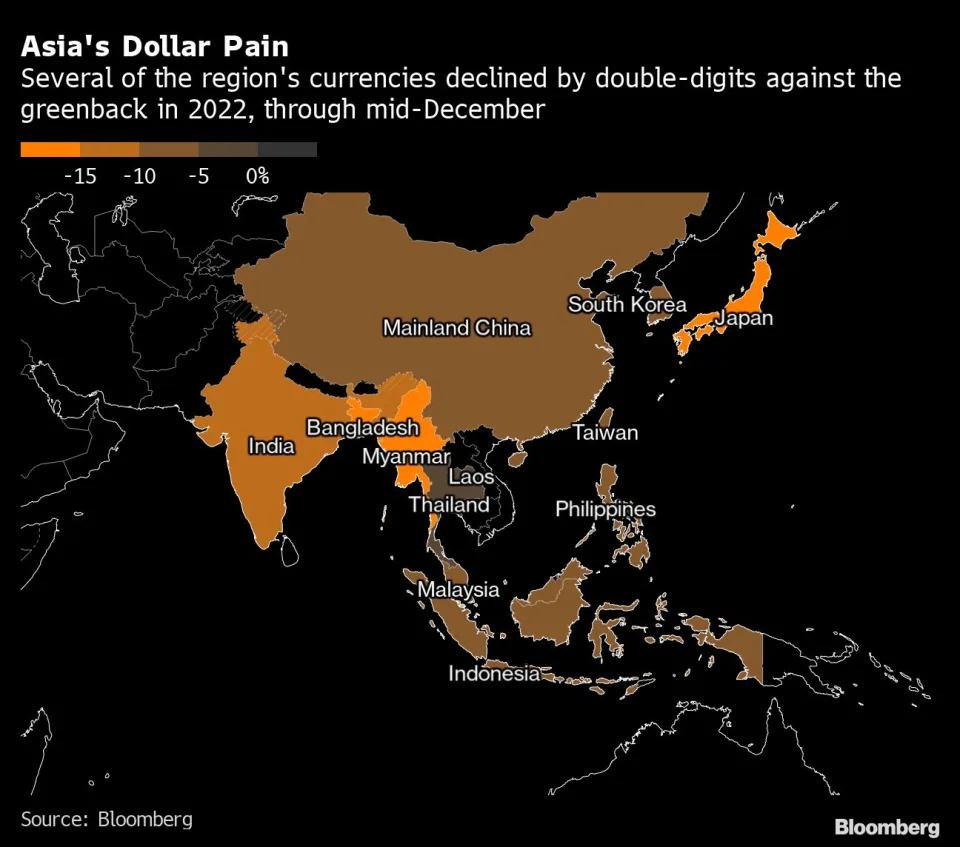 No one is saying the greenback will be dethroned anytime soon from its reign as the principal medium of exchange. Calls for “peak dollar” have many times proven premature. But not too long ago it was almost unthinkable for countries to explore payment mechanisms that bypassed the US currency or the SWIFT network that underpins the global financial system.

Now, the sheer strength of the dollar, its use under President Joe Biden to enforce sanctions on Russia this year and new technological innovations are together encouraging nations to start chipping away at its hegemony. Treasury officials declined to comment on these developments.

“This will simply intensify the efforts in Russia and China to try to manage their part of the world economy without the dollar,” said Paul Tucker, a former deputy governor of the Bank of England in a Bloomberg podcast.

Writing in a newsletter last week, John Mauldin, an investment strategist and president of Millennium Wave Advisors with more than three decades of markets experience said the Biden administration made an error in weaponizing the US dollar and the global payment system.

Plans already underway in Russia and China to promote their currencies for international payments, including through the use of blockchain technologies, accelerated rapidly after the invasion of Ukraine. Russia, for example, began seeking remuneration for energy supplies in rubles.

“It’s The Perfect Storm”: More Americans Can’t Afford Their Car Payments Than During The Peak Of Financial Crisis