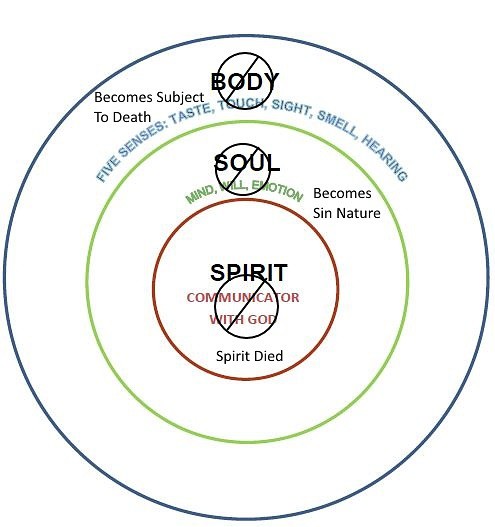 “Therefore, just as through one man sin entered the world, and death through sin, and thus death spread to all men, because all sinned…” Romans 5:12

Paul does not say that sin originated with Adam but only that sin in the world, that is, in the human realm, began with Adam.

Sin originated with Satan, who “has sinned from the beginning” (1 John 3:8). John does not specify when that beginning was, but it obviously was before the creation of Adam and Eve, because they were tempted by Satan.

Because Adam’s first sin transformed his inner nature, that now depraved nature was also transmitted to his posterity.

In fact, that depravity has accumulated and intensified throughout the ages of human history. Instead of evolving, as humanists insist, man has devolved, degenerating into greater and greater sinfulness.

Despite Adam and Eve’s great failure, those who have put their trust in the Lord Jesus Christ have hope. No hope exists for man outside of Christ. Those who have believed the Gospel (1 Corinthians 15.1-4) have eternal life and the hope of resurrection and freedom from sin.