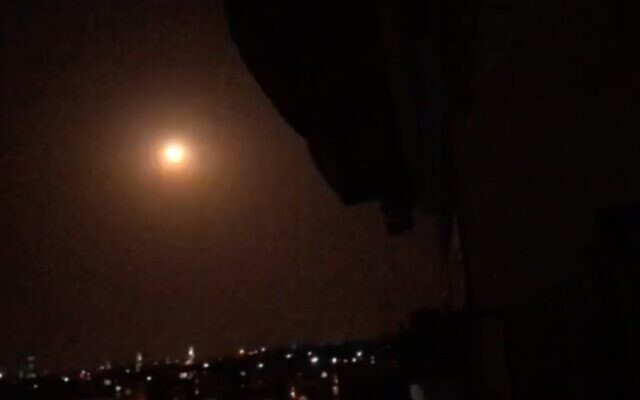 “Behold, Damascus will cease from being a city,
And it will be a ruinous heap. Isaiah 17:1

Explosions were reported in the area. The Syrians claimed that their air defense systems fired at the Israeli missiles and shot down most of them.

A Syrian official said four Syrian soldiers were injured in the attack and that damage was caused. During the attack, a loud explosion was also heard in the Metula area in northern Israel. The city’s security department informed residents that no missiles had fallen in the city and they can continue with their normal routines. Read More