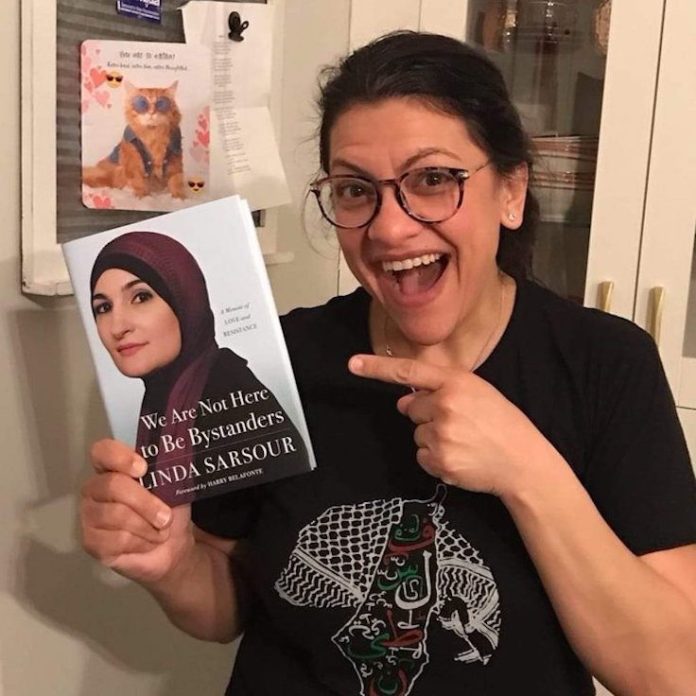 Tlaib, one of Congress’s leading critics of Israel, was pictured in the t-shirt while promoting a recently published book by Linda Sarsour, another outspoken critic of the Jewish state who serves as a surrogate for the Bernie Sanders presidential campaign.

The shirt portrays present-day Israel as a Palestinian state. Shirts of this nature have been a mainstay of pro-Palestinian activists who reject a two-state solution and argue that the world’s only Jewish state should not exist.

“Stand in solidarity with Palestine by wearing this beautiful Palestinian tee-shirt,” reads one online advertisement for the shirt worn by Tlaib. “An outlined map of Palestine is filled with red, white, and green Arabic letters that look stunning from a distance and spell the word Palestine up close. A patterned shemagh wraps around the neck of the Palestinian state like the brave soldiers whose boots stand on the dusty ground.” Read More … 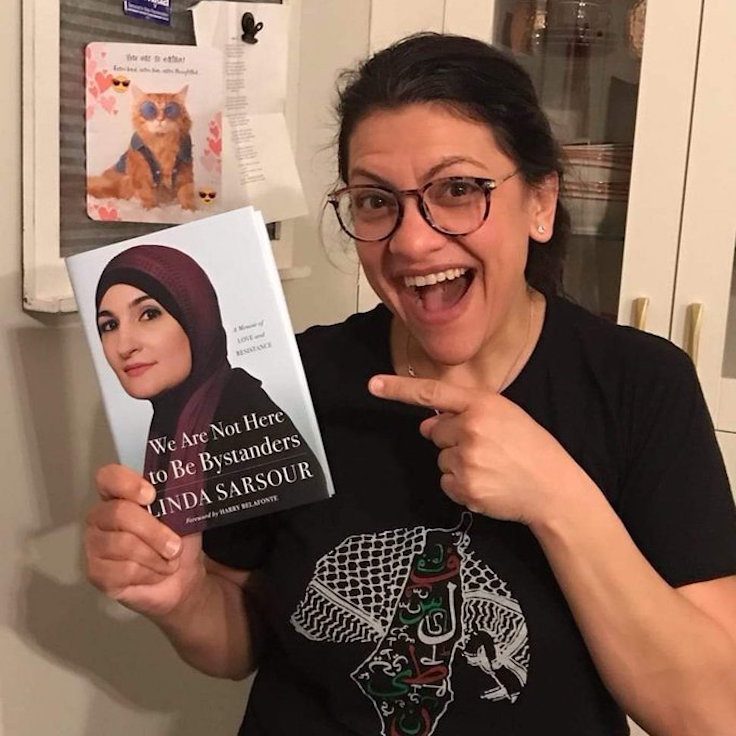 Opinion: And look how happy she is while hating Israel. From Rashida Tlaib to Bernie Sanders to Ilhan Omar, the US has turned a blind eye towards anti-Semitism. Credit Barack Obama for that one as well.

The US was shocked when then Iranian president Mahmoud Ahmadinejad, speaking in 2005 at the World Without Zionism conference in Tehran, called for “Israel to be wiped off the map”. 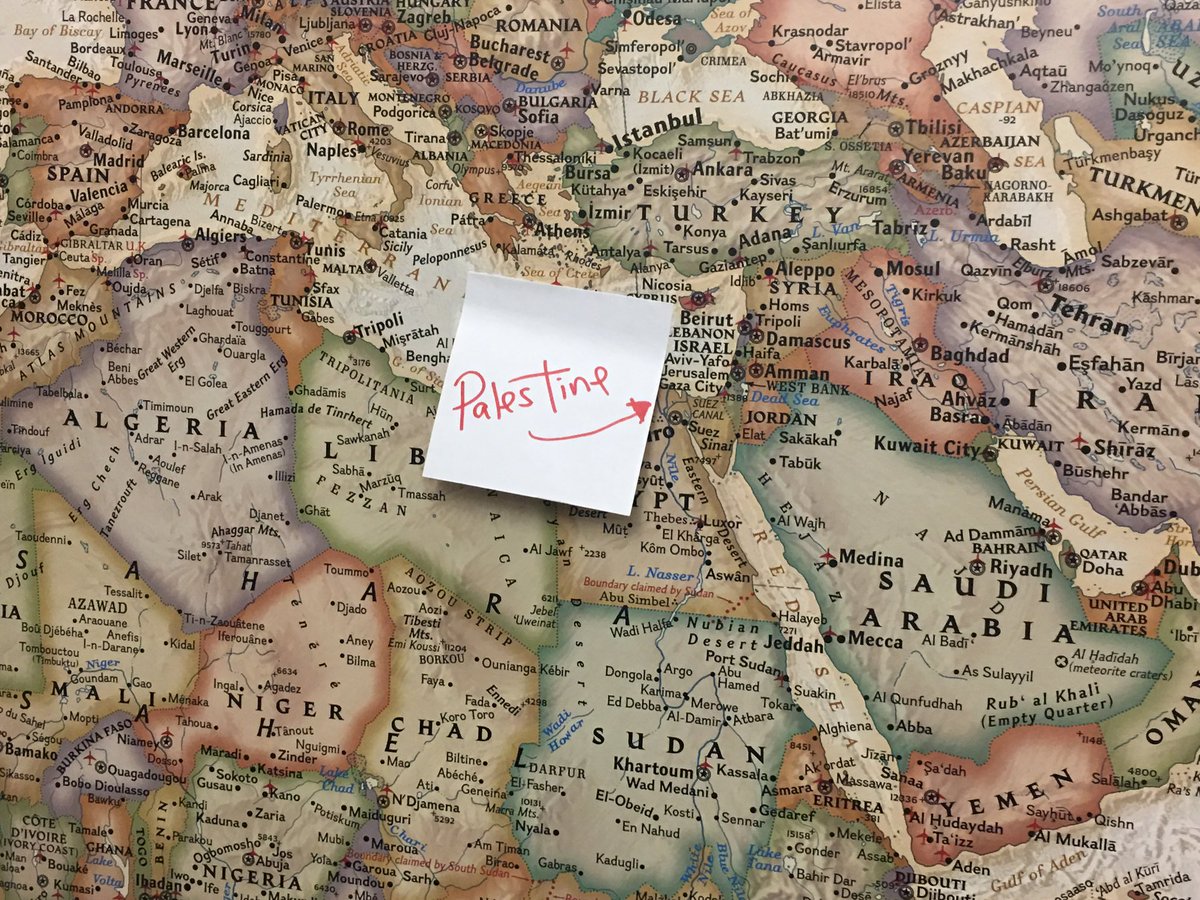 No more. Right after Rashida Tlaib took the oath of office on a Koran in the US House of Representatives, she proudly displayed the now infamous post-it covering Israel on a map in her office.

Anti-Semitism is now normalized in the US and, without Donald J. Trump, Israel would not have an ally bold enough to have moved the US embassy to Jerusalem or declare that the Golan is Israeli territory.

So, what’s it going to be in November, blessings or curses (Genesis 12:3)?