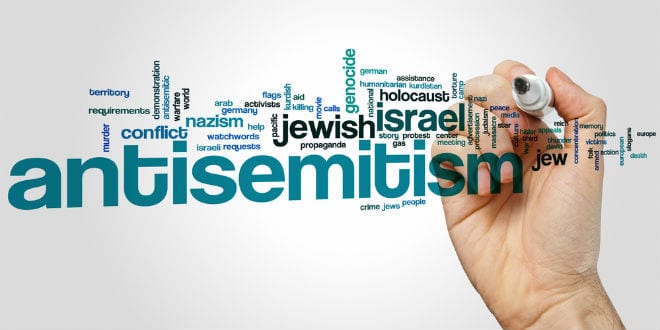 “For, lo, Thine enemies are in an uproar; and they that hate Thee have lifted up the head.” Psalms 83:3 (The Israel Bible™)

Breaking Israel News: While Iran was firing missiles at U.S. troops in Iraq, a failed academic and the self-proclaimed “dead-center of Catholic tradition” continued his tradition of Jew-hatred by claiming the true enemy of the U.S. was Israel.

Jones explained that Christians and Catholics have a religious bond with Iran.

“My German ancestors were chasing pigs through the forests of Germany when the Iranians were visiting Jesus ,” he said. “We celebrated that today, the Feast of the Epiphany. Three Iranians, three Persians, showed up. The first three human beings who were not Hebrew to worship Jesus showed up there. We’re talking about a civilization that is ancient, one of the most ancient in the world.” Read More …

Opinion: Whoa, Nellie. While we agree that the rich American Jews, Sheldon Adelson, Paul Singer, Bernard Marcus, are conservative contributors to the Republican party, there is much more to ‘the first three human beings who were not Hebrew to worship Jesus’.

The three Iranians that E. Michael Jones mentions were Parthian priests, descendants of the priesthood the prophet Daniel had governed in Babylon (Iraq) some 500 years earlier (Dan. 2:48). Among other things, Daniel had taught them the timing of Messiah’s coming (Dan. 9:25). Knowing the time was at hand, these priests had been searching the heavens for the promised sign of His coming, a new star in the Eastern sky (Matt. 2:2, 9-10).

The Parthians (a/k/a Wise Men/Magi) were king-makers, not kings, and there were many more than three. Since Israel was under Roman control, the Magi technically represented an enemy country arriving within Israel’s borders. Aware of this, but not intimidated, they traveled in a huge caravan with lots of guards, and their arrival in Jerusalem set the whole city abuzz (Matt. 2:3).

That said, E. Michael Smith’s attempt to turn the killing of the Iranian terrorist Qassem Soleimani into an anti-Semitic rant because of a religious bond between Catholics and Iran is absurd.

In December 1979, Iran voted by national referendum to become an Islamic republic and    a new theocratic-republican constitution placed Sayyid Ruhollah Musavi Khomeini as Supreme Leader, causing a break with Christians and Jews alike.

Smith is a Catholic, fundamentally anti-Semitic due to a belief that God is finished with the Jews because of the murder of Jesus Christ. Replacement Theology has infected 1.3 billion Catholics from Augustine to Luther to today.