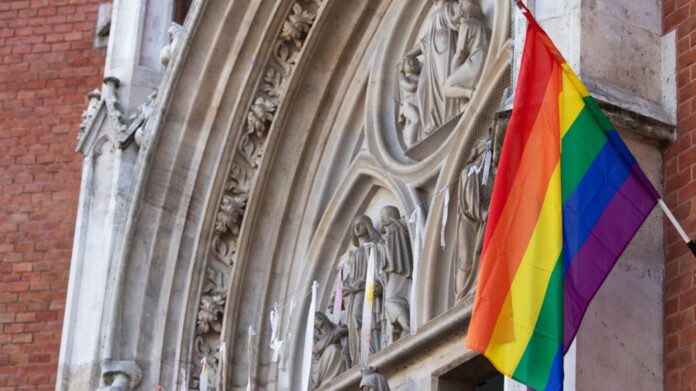 Daily Wire: The United Methodist Church (UMC), which is the third-largest Christian denomination in the United States, faces the possibility of schism after conservative Methodists are taking measures to break off over the issue of homosexuality.

“And unto the angel of the church in Sardis write; These things saith he that hath the seven Spirits of God, and the seven stars; I know thy works, that thou hast a name that thou livest, and art dead.: Revelation 3:1

The would-be division from the conservative group known as the Global Methodist Church (GMC) consists of a 17-member Transitional Leadership Council, which is a group of theologically conservative Methodists, according to The Christian Post.

The Wesleyan Covenant Association (WCA), which is a conservative United Methodist advocacy group, announced the GMC on March 1, but explained the group is still waiting for the UMC to formally approve a separation policy.

“Theologically conservative United Methodists have made no secret of their efforts to form a new church,” the WCA said in a press release. “In late 2018, the Wesleyan Covenant Association created a Next Steps Working Group to begin drafting its own ‘Book of Doctrines and Discipline’ outlining essential theological confessions and governing structures for a new church’s consideration. It did so in light of the special called 2019 General Conference, where delegates once again addressed issues that have deeply divided the UM Church for decades. The special conference was called to hopefully resolve differences, but many believed it could just as easily reveal the necessity of separation.”

Keith Boyette, president of the Wesleyan Covenant Association and spokesman for the Global Methodist Church, told The Christian Post that UMC leadership has shown “an unwillingness to uphold its teachings.”

“In the United States, particularly, some bishops, clergy, and churches are operating in open defiance to the teachings of the United Methodist Church,” Boyette said.

“The Church has become ungovernable as a consequence, such unchecked defiance has destroyed the integrity of the Church.” Read More