Long War Journal: US military dropped the “MOAB,” the GBU-34 Massive Ordnance Air Blast bomb which is better known as the “Mother of all Bombs,” on Islamic State fighters in the eastern Afghan province of Nangarhar. The strike took place in Achin, the same district where a US special forces solider was killed last week.

This is the first use of such a weapon, which is described as the largest bomb next to a nuke, in Afghanistan.

From the US Forces Afghanistan press release:

At 7:32 pm local time today, U.S. Forces – Afghanistan conducted a strike on an ISIS-K tunnel complex in Achin district, Nangarhar province, Afghanistan, as part of ongoing efforts to defeat ISIS-K in Afghanistan in 2017.

The strike used a GBU-43 bomb dropped from a U.S. aircraft. The strike was designed to minimize the risk to Afghan and U.S. Forces conducting clearing operations in the area while maximizing the destruction of ISIS-K fighters and facilities.

“As ISIS-K’s losses have mounted, they are using IEDs, bunkers and tunnels to thicken their defense,” said General John W. Nicholson, Commander, U.S. Forces – Afghanistan. “This is the right munition to reduce these obstacles and maintain the momentum of our offensive against ISIS-K.”

U.S. Forces took every precaution to avoid civilian casualties with this strike. U.S. Forces will continue offensive operations until ISIS-K is destroyed in Afghanistan. 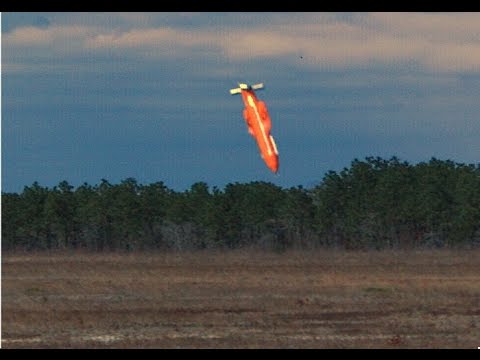 Opinion: The president’s remarks were centered around pride in the US military, adding that nothing like this ever happened over the past eight years.

According to CENTCOM and the White House, “U.S. forces took every precaution to avoid civilian casualties with this strike.”

The strike was in response to a Special Forces soldier killed Saturday in Afghanistan has been identified as Staff Sgt. Mark De Alencar, according to a Defense Department release on Monday.

De Alencar, 37, died of injuries from enemy small arms fire while his unit was conducting counter-ISIS operations in Nangarhar Province, according to the release.

Fox News reports: “There are a number of caves and tunnels in the region where Al Qaeda and ISIS have strongholds. The bomb was directed at an ISIS tunnel.

The blast area for the bomb is a mile wide.