The report estimated that over the past six years, ‎the Islamic republic has spent some $16 billion to ‎prop up Syrian President Bashar al-Assad’s regime and ‎fund Iranian-backed militias across the Arab world.‎

Assad has so far received about $4.6 billion from ‎Tehran, which also gives its largest regional proxy, ‎Lebanon-based Hezbollah, more than $700 million a ‎year, in addition to supporting other militias in ‎Iraq and the Houthi rebels in Yemen.‎

According to the 48-page report, the Gaza Strip-‎based Hamas and Islamic Jihad terrorist groups have ‎received upwards of $100 million from Iran in recent ‎years. ‎more …

Opinion: We call it Obamacash.

The 2015 Iran Nuclear Deal enriched the Mullahs with over $150 billion by allowing Iran’s banks access to previously frozen funds, and just for good measure, another $1.7 billion in US currency. 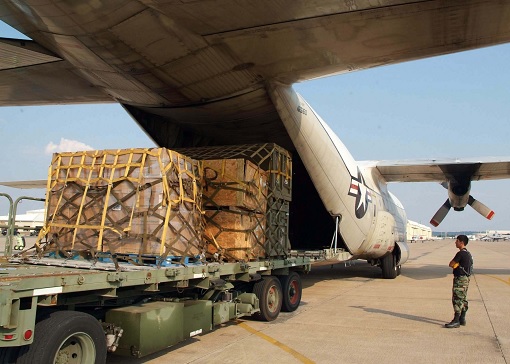 A simple calculation based on the headline indicates that the world’s state sponsor of terror has over $138 billion that is being used to build ICBMs not to attack Israel, but to fit nuclear weapons on them and attack Israel’s protector: the US.

Daniel 9:27 records a peace treaty between Israel and her neighbors that will begin the 7 year tribulation period. The peace plan could not astonish the world if it were only between Israel and the Sunni Muslims, leaving the Persian Muslims as a rogue state.

Early information of Donald Trump’s soon to be announced peace plan appears to focus on the Palestinians, leaving Daniel’s prophecy for another day.