Assessment: India is also reportedly seeking more discounted Russian oil, in what looks to be a potential move away from Saudi crude …

Given that a handful of countries that rank among the top largest economies in the world have thus far been reluctant to firmly condemn Russia’s invasion of Ukraine, this could prove the significant monkey wrench in US-EU plans to severely isolate and wreak havoc on global Russian exports.

Among these include the obvious – China, but also there’s India, the UAE, Brazil and Indonesia. India for example – standing just behind the UK as the 6th largest economy – remains the the single largest buyer of Russian weapons. India is also reportedly seeking more discounted Russian oil, in what looks to be a potential move away from Saudi crude.

In early March, The New York Times noted that India was among those countries dependent on many Russian imports that’s attempting to “stay above the fray”. “When India abstained from a United Nations vote and the chorus of Western condemnation against the Ukraine invasion, it appeared to be taking sides: offering tacit support for President Vladimir V. Putin of Russia,” the Times emphasized previously.

And now Washington is putting New Delhi on notice that it faces ‘significant costs’ should it become aligned with Russia, and as a major export destination allowing Putin to side-step sanctions effects.

The Biden administration’s Director of the National Economic Council of the United States Brian Deese has said the US remains “disappointed” with aspects of the Indian government’s reaction to the Ukraine crisis.

“There are certainly areas where we have been disappointed by both China and India’s decisions, in the context of the invasion,” he said a Wednesday event in D.C.

Whatever you make of this emotion the salience of it is restricted to only a few of the dark blue countries. Ukraine’s supporters should worry that two thirds of humanity live in neutral or Russia-leaning countries. 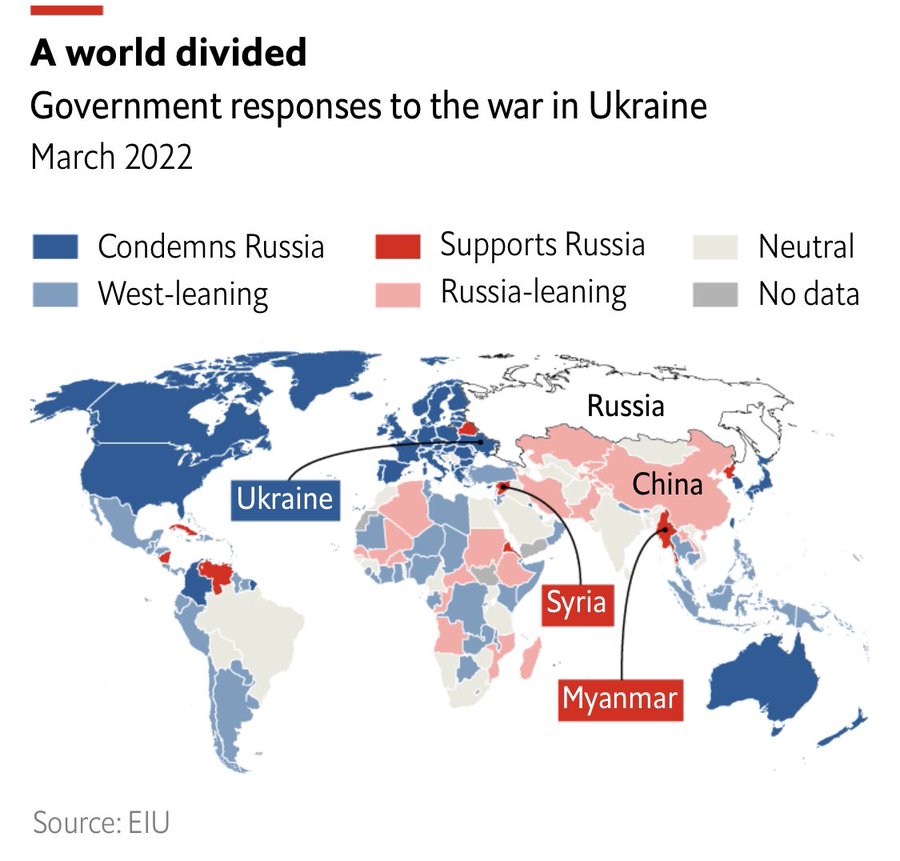 OPEC Ministers Warn No Increase In Supply Is Coming Online