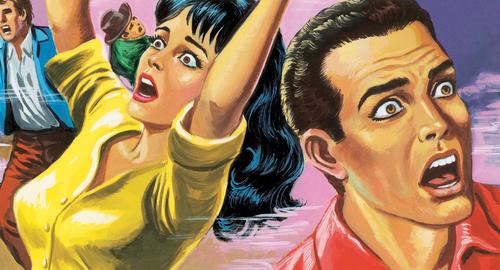 Zero Hedge: Nations have often gone mad in a matter of months. The French abandoned their supposedly idealistic revolutionary project and turned it into a monstrous hell for a year between July 1793 and 1794. After the election of November 1860, in a matter of weeks, Americans went from thinking secession was taboo to visions of killing the greatest number of their fellow citizens on both sides of the Mason-Dixon line. Mao’s China went from a failed communist state to the ninth circle of Dante’s Inferno, when he unleashed the Cultural Revolution in 1966.

“Now the Spirit expressly says that in latter times some will depart from the faith, giving heed to deceiving spirits and doctrines of demons.” 1 Timothy 4:1

In the last six months, we have seen absurdities never quite witnessed in modern America. Madness, not politics, defines it. There are three characteristics of all these upheavals. One, the events are unsustainable.

They will either cease or they will destroy the nation, at least as we know it. Two, the law has largely been rendered meaningless. Three, left-wing political agendas justify any means necessary to achieve them. Read More