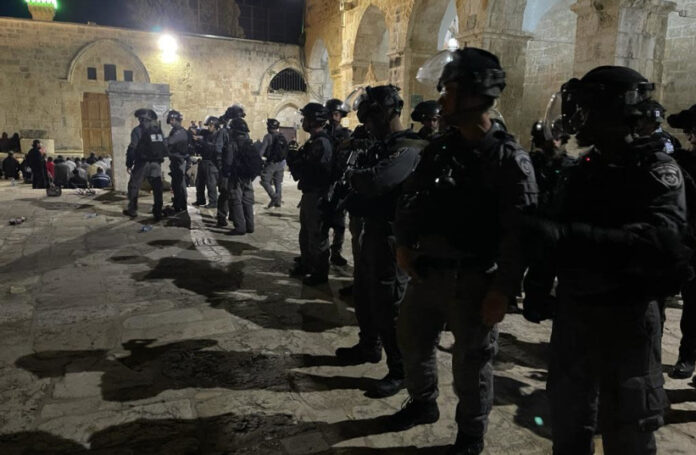 Footage from the Temple Mount showed Israeli security forces firing a stun grenade into al-Aqsa Mosque, Kan reported. Police were then seen locking the doors of the mosque while worshipers were still inside, according to Kan. Read More