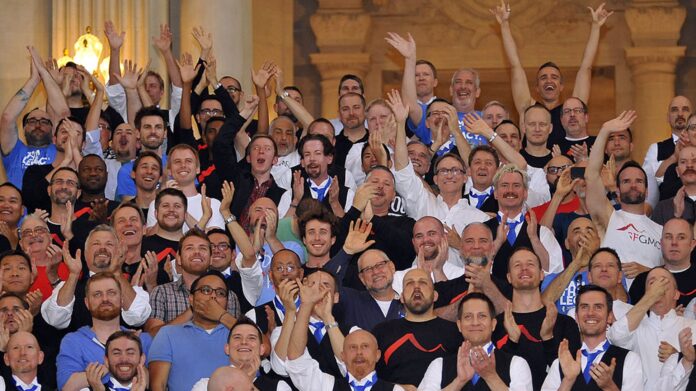 ‘You think that we’ll corrupt your kids. Funny, just this once, you’re correct.’

Daily Wire: As initially reported by Not the Bee, the San Francisco Gay Men’s Chorus, first established in 1975, has released a new original song in which they declare they are “coming for your children.”

And even as they did not like to retain God in their knowledge, God gave them over to a debased mind, to do those things which are not fitting; being filled with all unrighteousness, sexual immorality, wickedness, covetousness, maliciousness; full of envy, murder, strife, deceit, evil-mindedness …” Rom. 1:28-29

The verses in the song directly mock the fears of parents who attempt to keep their children away from media that pushes an LGBTQ agenda, claiming that families will not be able to protect their little ones from gay propaganda:

(Video has been removed from public viewing)