Home PT Global Economy Why questions are swirling about who will buy more than $31 trillion...
Facebook
Twitter
Email

For the first time ever, U.S. national debt crossed above $31 trillion this month, at a time when the Federal Reserve is in retreat from buying government debt and foreign investors’ interest in it is waning.

With the largest players out of the picture, Treasurys are now in search of another reliable group of buyers. There’s little doubt that the securities will eventually end up in someone’s hands, according to strategist Matthew Hornbach at Morgan Stanley. The bigger question, he says, is what price those securities will then be bought and sold at via marginal players.

“The rich rules over the poor, and the borrower is slave of the lender.” Proverbs 22:7 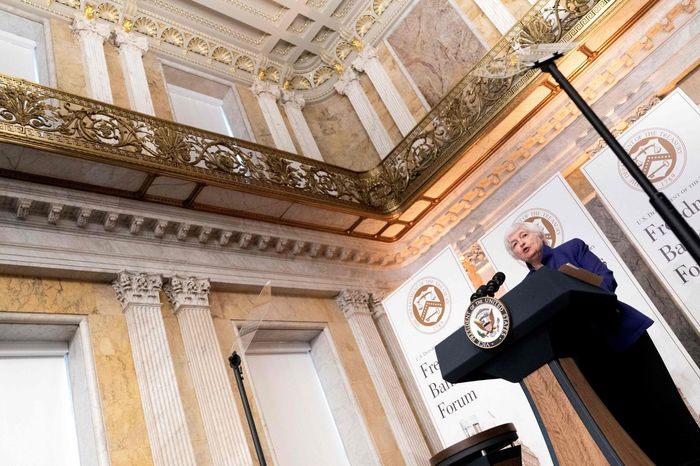 The absence of major buyers for Treasurys is just another source of worry on the list of concerns plaguing the U.S. government-bond market. The market, ordinarily the world’s deepest and most liquid fixed-income market, is in fact facing thinning liquidity — which a number of traders, academics, and bond-market gurus say could create a crisis. In addition, the Treasury market’s U.K. counterpart has experienced recent wild selloffs that have led to Bank of England interventions and raised fears of a spillover into U.S. markets.

“A wide variety of actors in the economy purchase US Treasuries. Whether the buyers are commercial banks, asset managers, or US households, the Treasury securities issued by the government will be purchased by someone,” Hornbach wrote in a note Tuesday. The more relevant question for investors at large “is not who will buy the securities, but at what price?”

Falling bond prices translate into higher Treasury yields and, right now, those yields are either above or not far from 4% — levels which haven’t been seen in more than a decade. Theoretically, further declines in bond prices would push yields even higher, denting the appeal of risky assets like stocks, at a time when some market participants have put the idea of an almost 5% fed-funds rate target on the radar. Growing expectations for a 5% fed-funds rate target would likely push Treasury yields toward 5%.

Over the last 30 years or more, the single most important factor that determined the level of Treasury yields — which move in the opposite direction of prices — has been the Fed since its interest-rate policy and forward guidance drives expectations, Hornbach said.

Now that the central bank is hiking interest rates at the fastest pace in decades to contain rampant inflation, it’s also shrinking its balance sheet after putting an end to bond purchases earlier this year — all with the intent of tightening financial conditions.

Meanwhile, foreign investors — led by those in Japan and China, which paved the way for the rest of the world to attain sizable positions in Treasurys from 2001 through 2010 — have been consistently reducing their U.S. government-bond holdings since 2014 …