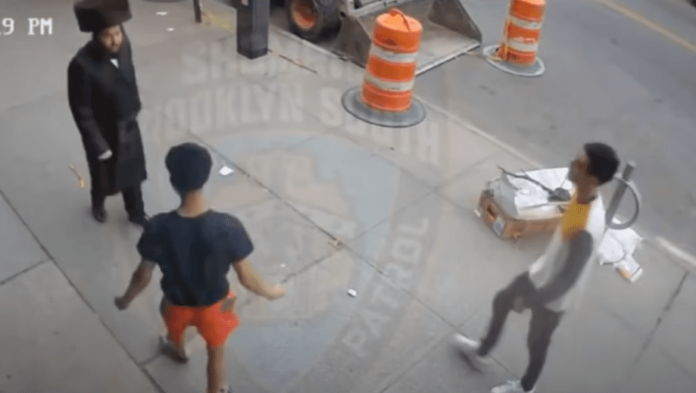 Israel 365: The recent wave of anti-Semitic attacks that swept across the US was sparked by the conflict between Israel and Gaza. But the underlying basis of the attacks having nothing to do with Israel was evident on social media in which the message “Hitler was right” peaked.

They say, “Let us wipe them out as a nation; Yisrael‘s name will be mentioned no more.” Psalms 83:5 (The Israel BibleTM)

The ADL recently reported that concurrent with the conflict in Israel, acts of harassment and vandalism, and violence surged in cities with large Jewish populations but also in less urban areas. They claimed a 75% increase in anti-Semitism reports to the agency after Israeli-Palestinian fighting began. The figure jumped from 127 incidents in the two weeks prior to fighting to 222 in the two weeks after violence broke out. Though couched in terms of anti-Zionism, previous Israel-Arab conflicts did not generate such a rise in anti-Semitism.

This was most evident on Twitter where variations of the phrase “Hitler was right” were posted more than 17,000 times (according to the Anti-Defamation League) in just a one-week span in May. Read More ….

Opinion: As the world becomes oblivious to the rise of 1930’s style anti-Semitism and Israel‘s opposition leader, Naftali Bennet moves closer to unseating Prime Minister Benjamin Netanyahu with a fragile new government that will have a razor-thin majority in parliament, expect anti-Semitic attacks to continue.

A divided Israel is a recipe for Mahmoud Abbas and Yahya Sinwar (Hamas chief) to continue to influence the Biden administration to support a two state solution, adding two more bullet points to our list:

Anti-Semitism In The Church Age – The Mystery of iniquity

“For the mystery of lawlessness is already at work; only He who now restrains will do so until He is taken out of the way” 2 Thessalonians 2:7.

Global resurgence in anti-Semitism as we near the Tribulation – God is calling His chosen home, Ezekiel 39:28: “… then they shall know that I am the Lord their God, who sent them into captivity among the nations, but also brought them back to their land, and left none of them captive any longer.”