Home anti-Semitism Analysis: 10 Realistic Ways the War of Gog and Magog can Ignite... 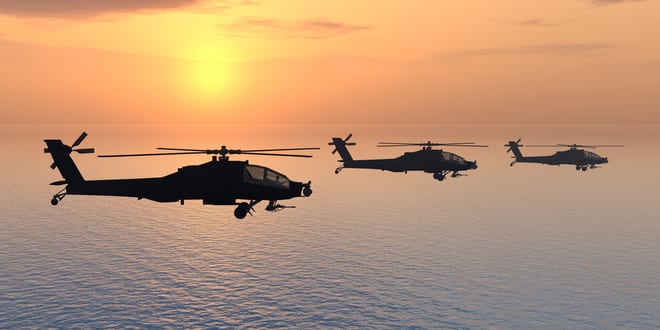 BIN: The war of Gog and Magog, is a final battle prophesied in the Book of Ezekiel which consists of a type of ‘End of Days’ World War that ushers in the final redemption.

O mortal, turn your face toward Gog of the land of Magog, the chief prince of Meshech and Tubal. Prophesy against him (Ezekiel 38:2)

But could a third world war really be on the horizon? When looking at the rise in international hostilities taking place worldwide between nations, the notion of such an apocalyptic battle seems to be an extremely realistic scenario.

The following is a list of international hostilities that if erupt simultaneously, can spiral into a Third World War. And due to modern defense technology, the devastation can be unprecedented. A war of this magnitude can potentially be waged any day now…even as early as tomorrow. Read More …

Opinion: The writer of the article lists 10 hot spots that he theorizes could erupt into World War III. The problem with the analysis is that the writer, David Seidman, who is Jewish,  has not checked the New Testament for the rest of the story.

A similar scenario takes place in Catholic eschatology that also ignores Biblical eschatology and relies on the words of the apparition of Mary to three children at Fatima in 1917. Or Islam, whose eschatology teaches that the 12th Imam has been in hiding since the 8th century, and will return at a time of global chaos to bring Islam as the true religion.

Religion is the problem. The combined 66 books of God’s word gives us the entire global account of how the age, the Church Age, we are in, comes to a close. What follows is the glorious 1000 years reign of Christ on earth.

Gog Magog of Ezekiel 38-39 will not happen until Israel is living in a false peace after winning an important war:

“After many days you will be called to arms. In future years you will invade a land that has recovered from war, whose people were gathered from many nations to the mountains of Israel, which had long been desolate” Ezekiel 38:8 NIV.

The prophet is speaking to a prince of Russia who will lead a 7 nation invasion against Israel, recovering from war. In Ezekiel 38:11 NIV we find Israel living in a false peace,

“I will invade a land of unwalled villages; I will attack a peaceful and unsuspecting people—all of them living without walls and without gates and bars”

The prophesied war of Psalm 83 involving all of Israel’s hostile neighbors, makes a perfect fit. Once they are wiped out, Israel could indeed get a false sense of security.

It is then that Russia will form an invasion force that will attack from all sides, in a war of annihilation, to take Israel’s vast wealth, Ezekiel 38:13. It is then, that the prophet describes in great detail how God Himself will intervene ( Ezekiel 38:18-23).

I can’t help but wonder what our Creator God thinks of all these different scenarios devised by us. He gave us the end from the beginning (Isaiah 46:10) and yet His creation is more confused than ever.

See our new Bible Study: “The Water Canopy: Theory or Fact” on the home page