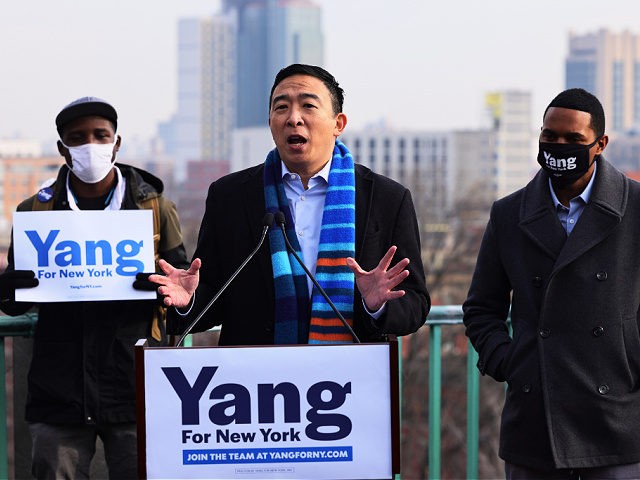 Breitbart: New York City mayoral candidate and former Democratic presidential candidate Andrew Yang backtracked Wednesday after he tweeted earlier in the week to support Israel as it continues to be bombarded by rockets fired by Palestinian terrorists.

“Even my close friend in whom I trusted, who ate my bread, has lifted his heel against me.” Psalm 41:9

As Breitbart News reported earlier this week, Yang took a traditionally pro-Israel and anti-terror view, as the aspirant mayor of a city with a large, deeply-rooted Jewish community and direct, painful experience with radical Islamic terror attacks.

“I’m standing with the people of Israel who are coming under bombardment attacks, and condemn the Hamas terrorists. The people of NYC will always stand with our brothers and sisters in Israel who face down terrorism and persevere,” he tweeted Monday.

But “progressive” Democrats attacked Yang, calling him. “white supremacist” and urging New Yorkers to oppose him. Rep. Alexandria Ocasio-Cortez (D-NY) even encouraged Muslims not to host him at communal religious celebrations.

On Wednesday, in the face of criticism from anti-Israel and pro-Palestinian activists in his own party, Yang backed down: Read More