Pope Francis, who recently raised the possibility of retiring due to his declining health, will create 20 new cardinals on Saturday — many of whom could one day choose his successor.

It is the eighth consistory since the 85-year-old was elected in 2013, but is being particularly closely watched for signs of the kind of Catholic Church he hopes to leave behind.

“Then I saw another beast coming up out of the earth, and he had two horns like a lamb and spoke like a dragon.” Rev. 13:11 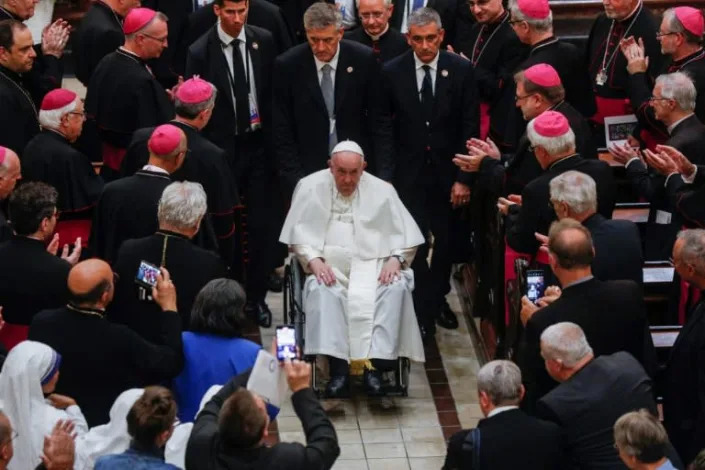 The new cardinals include men known for their progressive views and their pastoral work, and they hail from around the world: from Brazil to Nigeria, India, Singapore and East Timor.

After Saturday’s swearing-in at St Peter’s Basilica, they will join a two-day meeting of all cardinals starting Monday.

The gathering was called earlier this year to discuss the pope’s new constitution for the governance of the church — but has only fuelled speculation he is on his way out.

Francis, who has cancelled numerous events in recent months and been forced to use a wheelchair due to knee pain, said last month “the door is open” to stepping down.

If he did follow his predecessor Benedict XVI and resign, a conclave involving all cardinals aged under 80 would be called to choose a successor.

After this weekend, Francis will have chosen around 90 out of the 132 cardinals eligible to elect a new pope, around two-thirds of the total — precisely the percentage needed for any proposed name to pass.