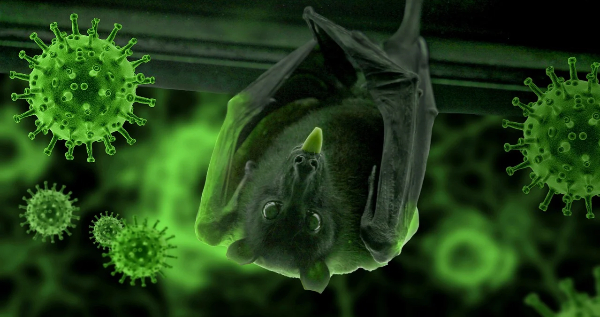 WND: Nearly every influenza pandemic for the last 1,000 years would have been prevented if the Bible’s prohibition against “unclean” animals had been headed, argues Bible teacher David Rives.

The host of TBN’s “Creation in the 21st Century” and the author of “Bible Knows Best,” Rives noted that the majority of such animals are scavengers that are prone to passing on diseases to humans.

Such animals are “here for good reasons,” Rivas said, such as cleaning the environment.

But eating them is not one of those reasons. Read More …

Opinion: On Tuesday, the Washington Post reported that the US State Department received two cables from US Embassy officials in 2018 warning of inadequate safety at a Wuhan lab, which was conducting ‘risky studies’ on bat coronaviruses.

Research into past pandemics shows the following animals, along with mosquitoes and fleas, have been responsible for pandemics:

“‘These are the birds you are to regard as unclean and not eat because they are unclean: the eagle, the vulture, the black vulture, 14 the red kite, any kind of black kite, 15 any kind of raven, 16 the horned owl, the screech owl, the gull, any kind of hawk, 17 the little owl, the cormorant, the great owl, 18 the white owl, the desert owl, the osprey, 19 the stork, any kind of heron, the hoopoe and the bat.”

What must He think of all this? People sick and dying. The nations are on lock-down for the first time. Governments taking one civil liberty after another. State governors restricting  church services. Nations accusing each other of crimes against humanity. Life savings diminished or worse.

And Leviticus was written over 3500 years ago.