Home Antichrist Biden admin seeks to monitor all bank accounts as part of $3.5... 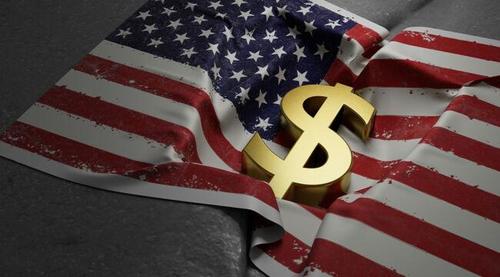 Biz Pack Review: Opposition is rising to a measure that is included in a massive $3.5 trillion spending bill authorizing the federal government through the IRS to monitor every single bank account, ostensibly to reduce tax fraud.

Supporters of the proposal, which includes most congressional Democrats and the Biden administration, say it is necessary to help finance the spending package and would help raise hundreds of billions of dollars over the next decade.

Nevertheless, privacy rights advocates are concerned the provision encroaches on the Fourth Amendment, while banks are largely opposed to the measure because it imposes significant new reporting requirements, the Daily Mail noted. Also, opponents say such a measure would hurt poor Americans most while causing others who have the means to move their assets to offshore accounts. Read More …

Opinion: If not now, soon. The opposition needs to step back and look at the bigger picture. Central Bank Digital Currencies (CBDCs) will eliminate financial privacy and the Fourth Amendment, prohibiting unreasonable searches and seizures, instantly.

Think about that. Once cash and the thousands of crypto-coins are eliminated, every purchase a person makes will be recorded for the central banker/government’s preying eyes.

But those are the easy ones.

Suppose the central bankers do not approve of how you spend the money they graciously give you once Universal Monthly Income becomes a reality. No problemo! Digital money has a unique feature in that it will be programable and cancellable!

The sales pitch: there will be no more money laundering, cheating on taxes, monetary theft, illegal drug trade or prostitution unless approved by the bankers.

The reality: there will be no more money for supporting conservative political candidates, churches and charities that the bankers do not approve of.

In a way, CBDCs are like a built in Social Credit Score: Behave, or your money is cancelled.

Article: The outlet reported that the measure requires banks and financial institutions to report to the IRS every single withdrawal and deposit to accounts, to include transactions from PayPal, Venmo, and cryptocurrency as well as other payment platforms in a push to combat tax evasion.

“The IRS would know how much money is in an individual’s bank account in a given year, whether the individual earned income on that account and exactly how much was going in and out,” the Daily Mail reported.”

So who is the he in the passage? One man, a global religious leader (Rev. 13:11), will have that much power.