The United States and Germany struck an agreement that will allow the completion of the pipeline, which will transport gas directly from Russia to Germany. Details of the deal could be released as early as Wednesday, according to the Journal. The Trump administration vigorously opposed the project, and Congress passed laws in 2019 and 2020 that required sanctions against companies helping to build the 764-mile pipeline. But the Biden administration waived the sanctions in May, effectively allowing the pipeline to be completed.

Biden has said that while he opposes completion of the pipeline because it will help Russia, he does not want to disrupt relations with Germany by imposing sanctions against it. The Ukrainian government opposes the pipeline, saying that it will give Russia more power over Ukraine and Eastern Europe.

Lawmakers on both sides of the aisle slammed the pending agreement between the United States and Germany. Sen. Rob Portman (R., Ohio) said Biden is making a “major mistake” by allowing the deal to go through. In a speech on Tuesday, Rep. Marcy Kaptur (D., Ohio) said that “when Germany and Russia collude, the people of Central and Eastern Europe pay the price.” Read More …

Opinion: How ironic. In one of his first acts as President Joe Biden canceled the Keystone pipeline that provided thousands of US jobs and would have helped keep the US as the world’s largest energy producer. Following that, Biden dropped opposition to Russia’s Nord Stream 2 pipeline that will strengthen Russia’s sale of gas to Europe.

And there is more to this story. In 2025 the EastMed Pipeline will be completed that will bring Israeli natural gas to Europe. Russia’s natural gas sales to Europe account for 40% of the Russia’s state owned energy giant Gazprom. source

President Biden may not want to help Russia, the question is, does the president want to harm the US and Israel? 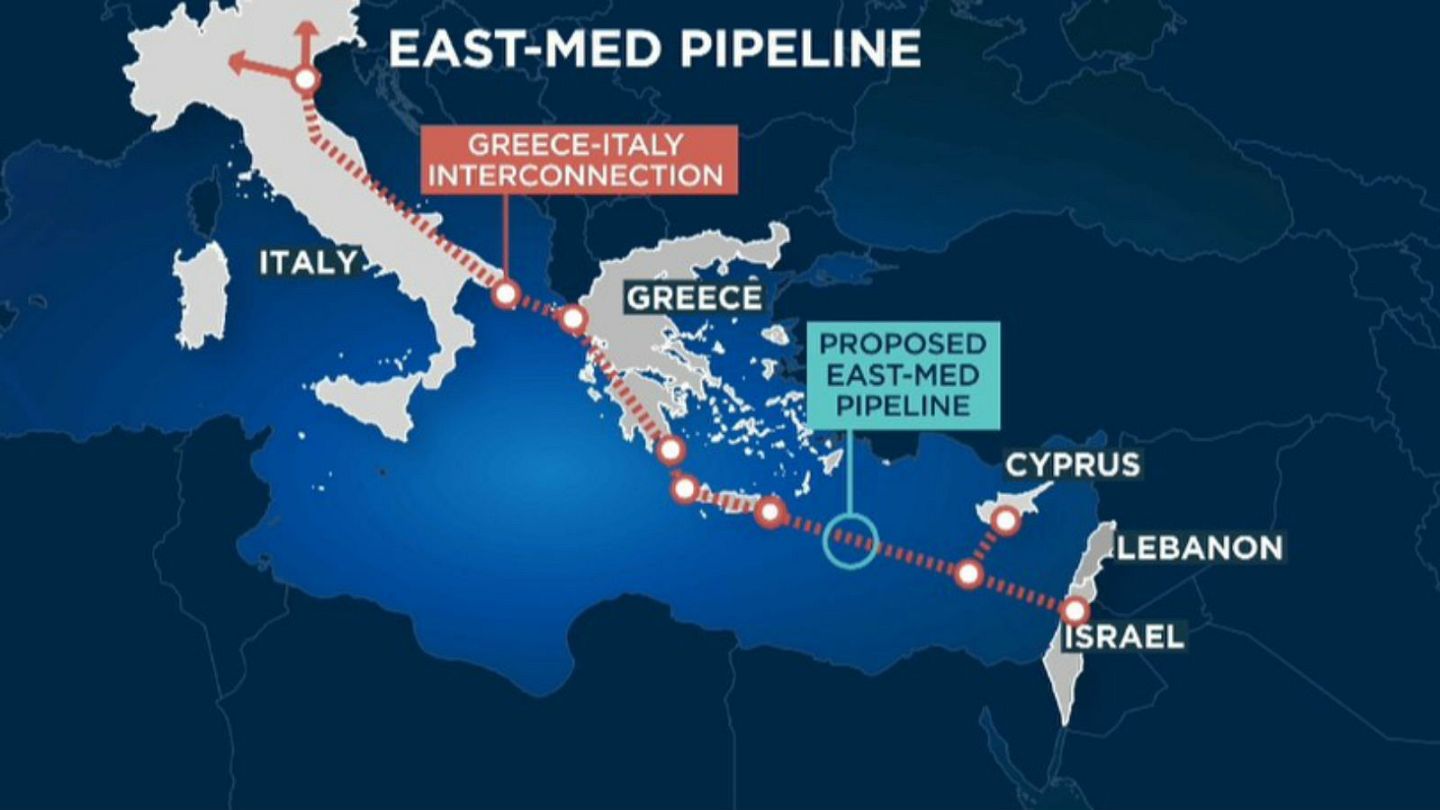 Global Insights: The EastMed gas pipeline between Cyprus, Greece and Israel will revolutionise the economies and geo-politics of the region. The project comes from an emerging alliance between the three countries who must move forward cautiously in the face of neighbouring States’ opposition.

On December 20th, the Prime Ministers of Cyprus, Greece and Israel converged on the southern Israeli city of Beersheba. All three parties publicly committed to signing a high-level agreement in the near future. Such an agreement would solidify one of the longest and deepest underwater gas pipeline in the world.

It is expected to deliver approximately 10 billion cubic meters (BCM) of natural gas to the European Union (EU) through Greece and Italy. The EU is keen to support the project and diversify its natural gas imports away from the heavily sanctioned Russian Federation and declining North Sea gas production. more …

Hooks in the jaw:

With economies of Russia and Turkey threatened, Ezekiel 38:3 says that Gog and his alliance will have no choice but to attack Israel …