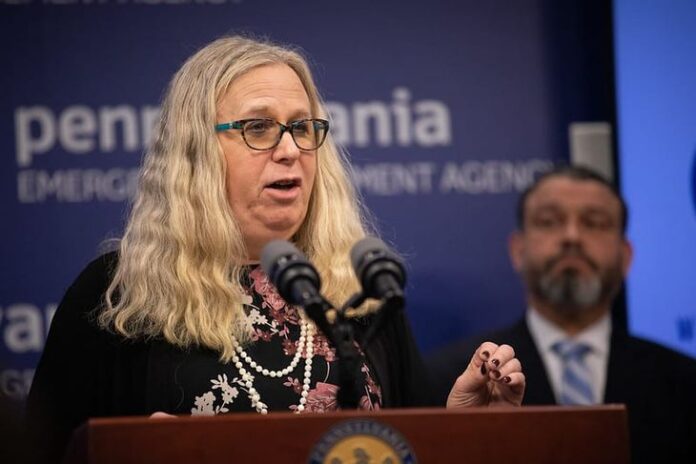 PJ Media: On Monday, the Department of Health and Human Services (HHS) laid the groundwork for forcing doctors and hospitals to perform transgender surgery in the name of fighting “discrimination.” HHS Secretary Xavier Becerra and Assistant Secretary of Health Rachel Levine (a biological male who identifies as a woman) announced that HHS would adopt the Orwellian redefinition of “sex” to force transgender ideology in the medical field, mainstreaming the arguable chemical castration of children.

“Woe unto them that call evil good, and good evil; that put darkness for light, and light for darkness; that put bitter for sweet, and sweet for bitter!” Isaiah 5:20

“Fear of discrimination can lead individuals to forgo care, which can have serious negative health consequences,” Becerra argued. “It is the position of the Department of Health and Human Services that everyone – including LGBTQ people – should be able to access health care, free from discrimination or interference, period.” Read More