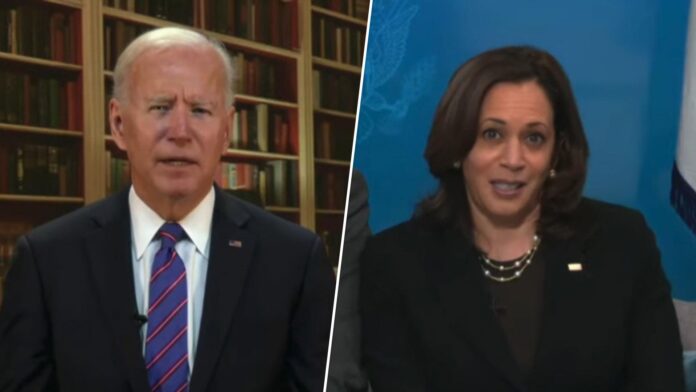 Israel 365: In their holiday greetings, President Joe Biden and the First Lady praised the Passover holiday as a time to reflect on the adversity of the COVID pandemic and overcoming racism and prejudice.

After praising the holiday in terms that neglected to mention God or the Jews, the president said that Jews would be observing the Biblical commandment of the Seder ritual “on  a screen rather than side-by-side.”

It should be noted that as per their religious mandates, it is forbidden for Jews to use electricity on the holy day, and doing so is a desecration. Jill Biden’s claim that Passover is “Jewish but its message is universal” borders on cultural appropriation and replacement theology.

In his two-minute speech, Biden did not mention ‘God’, the Jewish people, or the Exodus from slavery in Egypt. He did explain that “Next year in Jerusalem”, the perennial declaration by the Jews that they will return to their eternal capital in Israel, should be “adapted” to be a COVID motto of “Next year in person.”

The address by the Vice President, accompanied by her Jewish-from-birth husband, was no better. Kamala Harris explained that the Passover holiday was about the “resilience of the human spirit in the face of injustice.” She repeated the presidential motto of “Next year in Jerusalem; next year in person.” Read More