New American: Part of Joe Biden’s plan to import as many illegal aliens as possible to become new Democrat voters was ending construction of a border wall.

The plan’s working, as apprehensions at the border surpassed 400,000 through July and August. Biden has dumped 160,000 into the heartland, as Fox News’s Bill Melugin reported this morning.

But Melugin also reported what’s happening with the construction materials for the wall: nothing. They are rusting in the weather, and illegals are waltzing around unfinished sections. But again, that’s OK with Biden.

NEW: Our drone is now over a second location in RGV where massive piles of steel meant for the border wall have been sitting since Biden halted construction in January. I’m told there are over 20,000 panels between both spots worth roughly $120 million. Already paid for. 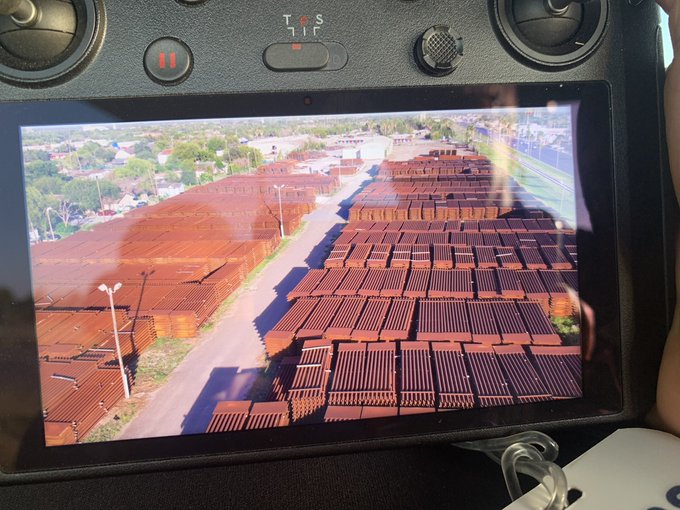 A group of migrants just crossed into La Joya, TX illegally and walked right past the incomplete border wall, something we’ve witnessed countless times over the past several months. Only a 1/2 mile of wall was completed here before President Biden halted construction. @FoxNews pic.twitter.com/Ags8fb0EYM

Opinion: Where is the US in prophecy? The world in the tribulation will be dominated not by a lone superpower but by an empire.

“And the fourth kingdom shall be as strong as iron (iron age indicating ancient Rome), inasmuch as iron breaks in pieces and shatters everything; and like iron that crushes, that kingdom will break in pieces and crush all the others.” Daniel 2:40

Daniel’s 4th kingdom (revived Rome) is an empire that will so dominate the world that Daniel could find no animal on earth fierce enough to compare it with. This empire will be like ancient Rome but with a very short time span. Daniel 9:27 gives the empire only 3.5 years.

In the final war 4 power blocs will fight for global domination::

In that time God will bring His wrath on a Christ rejecting world in one final battle before His triumphant return to the Mount of Olives (Zechariah 14:4).

“And they gathered them together to the place called in Hebrew, Armageddon” Revelation 16:16.

Armageddon: from the Hebrew har (mountain)+ megiddo, or “the mount of Megiddo”, transliterated to Greek, Harmagedōn.

From the 15-acre summit, there is a magnificent view of the valley, or ‘plain’, which spreads out and is also known as the “Jezreel” in the OT.