Home PT Middle East Can Bennett stand up to US on settlements, Palestinian state? 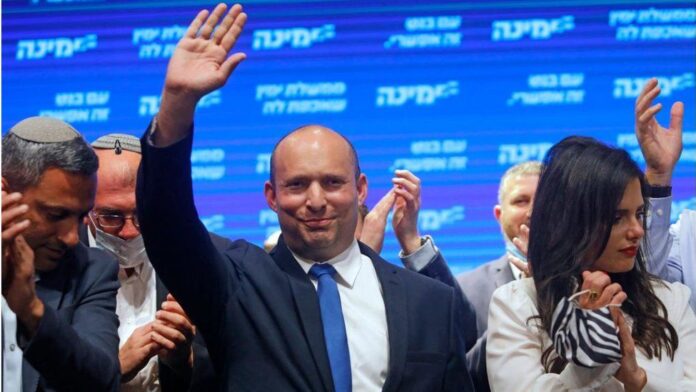 JPost: Prime Minister Naftali Bennett sounded like the right-wing leader that he is when he promised in his Knesset speech, to “ensure the national interest in Area C” of the West Bank.

It’s not an idle line. The phrase was also written into the coalition agreement between his Yamina Party and that of Yesh Atid.

“Then were the people of Israel divided into two parts: half of the people followed Tibni the son of Ginath, to make him king; and half followed Omri.” 1 Kings 16:21

It was a statement designed to sound to the Israeli Right as if prolonged battle for Israeli control of Area C, that has involved settlement building and the demolition of illegal Palestinian construction, would continue under the new coalition composed of right-wing, centrist and left-wing parties.

Bennett, throughout his political career has been clear that he believes that all of Area C, where all the Israeli settlements are located should be part of sovereign Israel. In the Knesset on Sunday he also spoke of his intent to “strengthen the settlements throughout the Land of Israel.”

MK Ahmed Tibi (Joint List) told the Knesset he understood from those phrases that Bennett intended to pursue a pro-settler policy.

More to the point, while Bennett spoke of the importance of upholding and expanding the peace deals with Arab nations, he neither pledged his support for a Palestinian state nor offered his hand in peace to the Palestinians. Read More