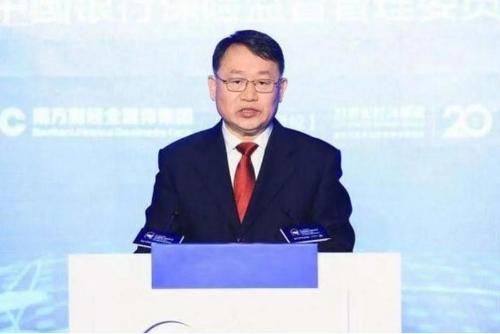 Zero Hedge: Almost three months after markets stumbled when after China’s top banking regulator said he’s “very worried” about risks emerging from bubbles in global financial markets (and China’s property sector) sparking concerns about further tightening in the world’s second-biggest economy and slamming risk assets, China has done it again and on Saturday Liang Tao, vice chairman of China Banking and Insurance Regulatory Commission, said at the International Finance Forum in Beijing that recent interest rate hikes by emerging economies could lead to a bursting of global financial asset bubbles which have been made even bigger by unprecedented pandemic easing measures by developed countries (i.e., Biden’s trillions).

And just in case it wasn’t clear whose fault this is, Tao added that developed countries are sticking with ultra-low rates even as emerging economies raised their borrowing costs, “potentially resulting in the re-pricing of global assets.”

In short, China is already pre-emptively pointing the finger at the US and western central banks as the parties responsible not only for bursting the biggest asset bubble in history, but for creating it in the first place.

So what is the solution? None really: instead, the Chinese regulator suggested that all countries should take a page out of China’s totalitarian and centrally-planned playbook. Read More …

Opinion: Liang Cho’s suggestion that the nations of the word should follow China’s Communist playbook is closer to prophecy than a growing secular world realizes.

Parallels between China’s dictator and the coming Western Antichrist:

Revelation 13:7 also calls for 1 man, Antichrist, to have even greater power: “… authority was given him over every tribe, tongue, and nation”

Daniel 7:24 calls for the great rejuvenation of the Roman Empire under Antichrist: “The ten horns are ten kings Who shall arise from this kingdom. And another shall rise after them; He shall be different from the first ones, And shall subdue three kings.”

Daniel 12:7 The complete power of Antichrist’s reign will accomplish all that, but his reign will end in exactly 3.5 years: “it shall be for a time, times, and half a time”

Imagine how frustrated China’s king will be: