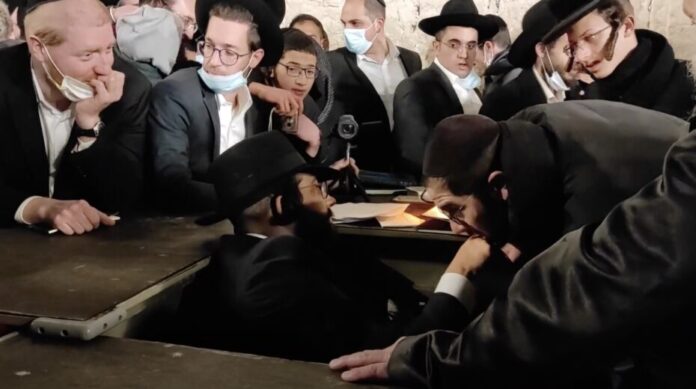 Israel Today: We have received a lot of inquiries in recent weeks regarding “reports” that the Orthodox Jewish community in Israel has anointed the Messiah, which for Christians would mean a false messiah.

We say “reports” in quotation marks because this story appears nowhere in the Israeli media, not even in Orthodox Jewish news outlets that are almost as eager as their Christian counterparts to address this topic. Kind of strange if indeed a consensus had been reached in the Orthodox community regarding the identity of the Messiah.

Still, dedicated as we are to getting to the bottom of the story, we reached out to Orthodox Jewish contacts here in Jerusalem to ask what they knew. Not only had none of them heard about a messianic anointing, most were entirely unfamiliar with the young rabbi at the center of the claims, Shlomo Yehudah Be’eri.

Keen to identify the anti-Christ in order to confirm that we are in the very last of last days, the fact is that far more Christians than Jews seek to crown this man as “messiah.” Read More …

Opinion: “And Jesus answered and said to them: “Take heed that no one deceives you. 5 For many will come in My name, saying, ‘I am the Christ,’ and will deceive many.” Matthew 24:4-5.

Deception is a hallmark of the last days.

Christians who are looking for Antichrist are in error. Romans 5:9; 1 Thess. 1:10; 2 Thess. 2:3 and Revelation 3:10 teach that the church of Jesus Christ will not see Antichrist for they will be kept out of the tribulation:

Religious Jews were given a marker in Daniel 9:27 that they should easily understand:

“Then he shall confirm a covenant with many for one week;
But in the middle of the week
He shall bring an end to sacrifice and offering.
And on the wing of abominations shall be one who makes desolate,“

The he in the passage is Antichrist. The covenant is peace with Israel and her neighbors and ‘week’ in Hebrew means 7 years. The middle of the week is 3.5 years, and the next 9 words “And on the wing of abominations shall be one who makes desolate” is where all hell breaks loose. Antichrist will cancel animal sacrifices in a temple that has previously been built and the great tribulation is about to begin.

Religious Jews who call Shlomo Yehudah Be’eri a Messiah are in error.