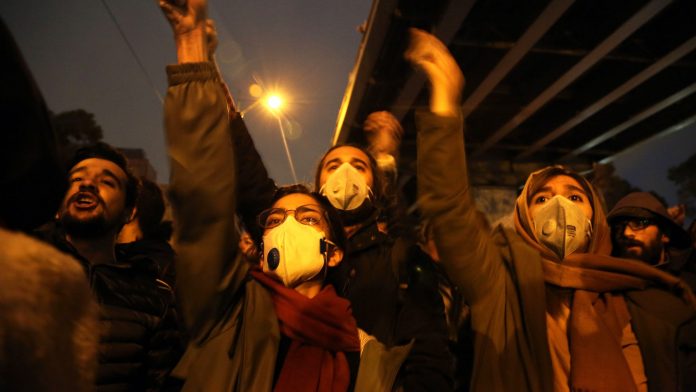 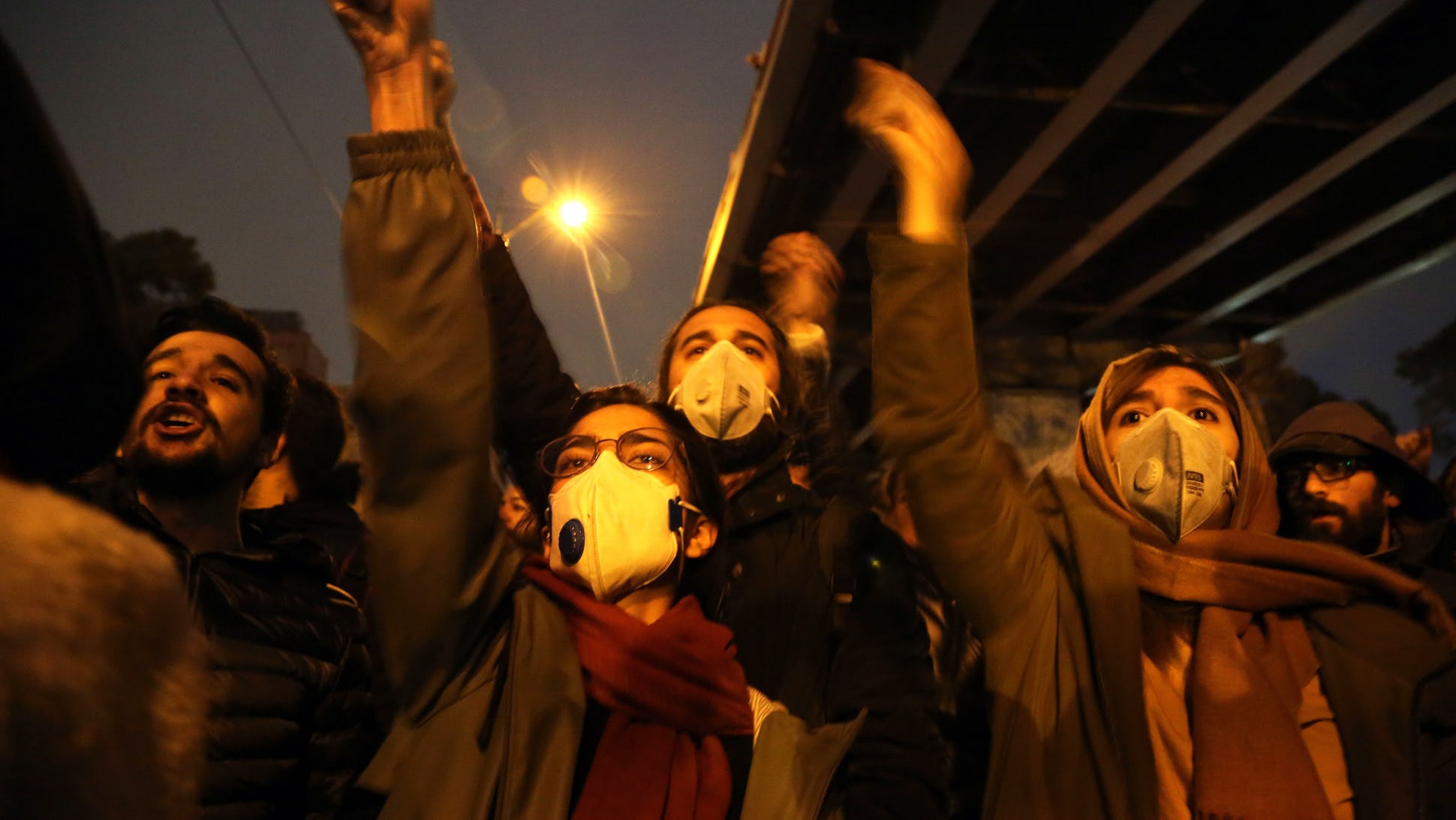 Daily Wire: Crowds that appeared to number well into the thousands took to the streets of Tehran on Saturday night to protest and demand that Ayatollah Seyed Ali Khamenei resign after his Islamic government falsely told the citizens of Iran and the rest of the world that it was not responsible for shooting down a Ukrainian passenger plane this week that killed 176 people.

“Angry crowds gathered on Saturday night in at least four locations in Tehran, chanting ‘death to liars’ and calling for the country’s supreme leader to step down over the tragic military blunder, video from the scene shows,” The Daily Mail reported. “‘Death to the Islamic Republic’ protesters chanted, as the regime’s paramilitary security force allegedly used ambulances to sneak heavily armed paramilitary police into the middle of crowds to disperse the demonstration.”

Reuters reported that the protesters also chanted  “Death to the dictator,” which was a direct reference to Khamenei. Read More …

Breaking:
People in #Iran have just begun the protest against de regime.
Students of Amirkabir university in Tehran chant slogans against the supreme leader!#IranProtests#IranPlaneCrash pic.twitter.com/rzr7w6Oaju

Opinion: The Iranian Green Movement also known as the Persian Awakening or Persian Spring by the western media, refers to a political movement that arose after the 2009 Iranian presidential election, in which protesters demanded the removal of Mahmoud Ahmadinejad from office. Eleven years on, the Green Movement never went away.

The sheer carelessness in dealing with Iran’s Mullahs has been on display since the 2009 Green Movement, when Iranians took to the streets over upcoming elections literally begging the US to take out the repressive regime of Khamenei/Ahmadinejad.

Signs were purposefully written in English.

Then on July 23, 2009, a shot rang out that took the life  of a young woman identified as Neda Agha Soltan. The scene was captured on amateur videos and spread around the world in less than 48 hours on YouTube, Facebook, blogs and Twitter, making the perfect time for Barack Obama and team to support the people, and end the theocracy that is taking the world to the brink of apocalypse.

But that is not what happened. Instead the president remained silent.

President Trump, the anti-Obama, has another opportunity to encourage the people of Iran to overthrow the Iranian Mullahs. However, a popular uprising may force the Ayatollah to activate its terror proxies and begin regional wars to distract the Iranian people, making the time for the US to act brief.

see more on the regional war of Psalm 83 here