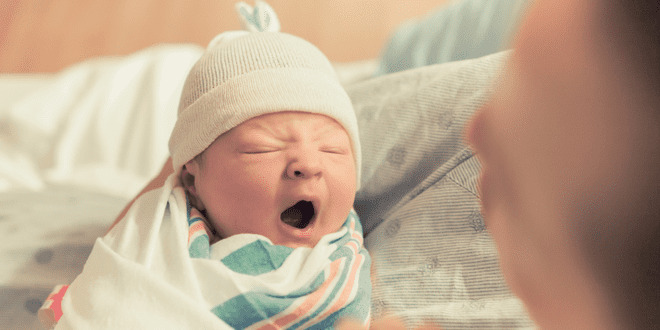 Such shall be the covenant between Me and you and your offspring to follow which you shall keep: every male among you shall be circumcised. Genesis 17:10 (The Israel BibleTM)

Israel 365: Denmark is considering a law that would outlaw the first covenant made between God and Abraham: the circumcision. If the bill is approved, Denmark will become the EU’s first country to ban circumcision for boys.

The bill was filed last month in the Danish parliament by Simon Emil Ammitzboll-Bille, a former interior minister and leader of the left-wing Forward party, proposing a ban on non-medical circumcisions.

“I don’t think cutting little boys should be legal in connection with an old, religious ritual,” Ammitzboll-Bille wrote on Facebook. “That’s my principled stance. That a person’s body belongs to them and that young men should get to decide whether they want to be circumcised. That’s why I am in favor of introducing an age limit of 18 years for non-medical circumcision.” Read More …

Opinion: “And the uncircumcised male child, who is not circumcised in the flesh of his foreskin, that person shall be cut off from his people; he has broken My covenant.” Genesis 17:14

The ban on circumcision has ancient roots. In our book Antichrist: The Search for Amalek we explored the ancient rebellion against God’s command to His people by using Biblical as well as ancient Jewish texts based on the oral law (Psalm 78:1-8) that God commanded Jewish fathers to teach their children.

Excerpt: Talmud: “On account of his ruddy appearance he [Esau] remained uncircumcised. Isaac, his father, feared that it [his ruddy appearance] was due to poor circulation of the blood, and he hesitated to perform the circumcision. He decided to wait until Esau should attain his thirteenth year, the age at which Ishmael had received the sign of the covenant. But when Esau grew up, he refused to give heed to his father’s wish, and so he was left uncircumcised. The opposite of his brother (Jacob) in this as in all respects” (Page 26, The Legend of the Jews, Louis Ginzberg).

“Now the women that circumcised their children were slain according to the commandment of” King Antiochus. And they hanged the children about their necks in all their houses: and those that had circumcised them, they put to death. And there was very great wrath upon the people.”

BIN: Scandinavian Jewish leaders have slammed proposed legislation in Iceland that would ban ritual circumcision of boys in the country.

BIN: Jews in several of the Nordic nations (Denmark, Norway, Sweden and Iceland) are increasingly fearing for their religious futures after Denmark moved a step closer to passing a law banning infant circumcision. One rabbi sees this as a reenactment of a macabre story told in the Bible symbolizing an attempt to cut off the thin connection binding heaven and earth.

“CBS News: The bill aims to outlaw circumcision when not for medical reasons and was introduced by nine lawmakers from four political parties. It claims that any parent allowing the “irreversible” procedure disregards a boy’s right to self-determination. Those found guilty could face up to six years in prison.”

With the Old Testament classified as irrelevant fables by many replacement/covenant  theology Christian denominations, the foundational covenant that God made with Abraham is all but forgotten.

If God changed His mind on the promises made to Abraham and his descendants after him, it would make God into what God cannot be; a covenant breaker.