LifeSite News: On April 17, 2021, Alexis McGill Johnson had an op-ed in The New York Times. “I’m the Head of Planned Parenthood,” the title read. “We’re Done Making Excuses for Our Founder.” Fifty-five years after her death — and innumerable dead babies of color later — and the abortion giant has finally decided that it is time to cut ties with Margaret Sanger.

“For we wrestle not against flesh and blood, but against principalities, against powers, against the rulers of the darkness of this world, against spiritual wickedness in high places.” KJV

Johnson gets right to the point. As pro-lifers have been saying now for decades, Sanger was a racist and eugenicist, and for her, those two things were synonymous. Johnson admits as much, noting that Sanger attended a Ku Klux Klan rally in New Jersey and endorsed the 1927 Supreme Court decision to allow states to sterilize people they deemed “unfit” without their consent. Thousands of people were sterilized as a result. She also supported using 1,500 women in Puerto Rico as guinea pigs to test the birth control pill.

Johnson does manage to make a few excuses for Sanger by noting that they once would have said that she was a product of her time, although they wouldn’t do that now (see what she did there?) And she barely skims over Sanger’s views. In her book The Pivot of Civilization, for example, Sanger advocated for the elimination of “human weeds” and called for “the cessation of charity, for the segregation of morons, misfits, and maladjusted,” in addition to the sterilization of “genetically inferior races.” 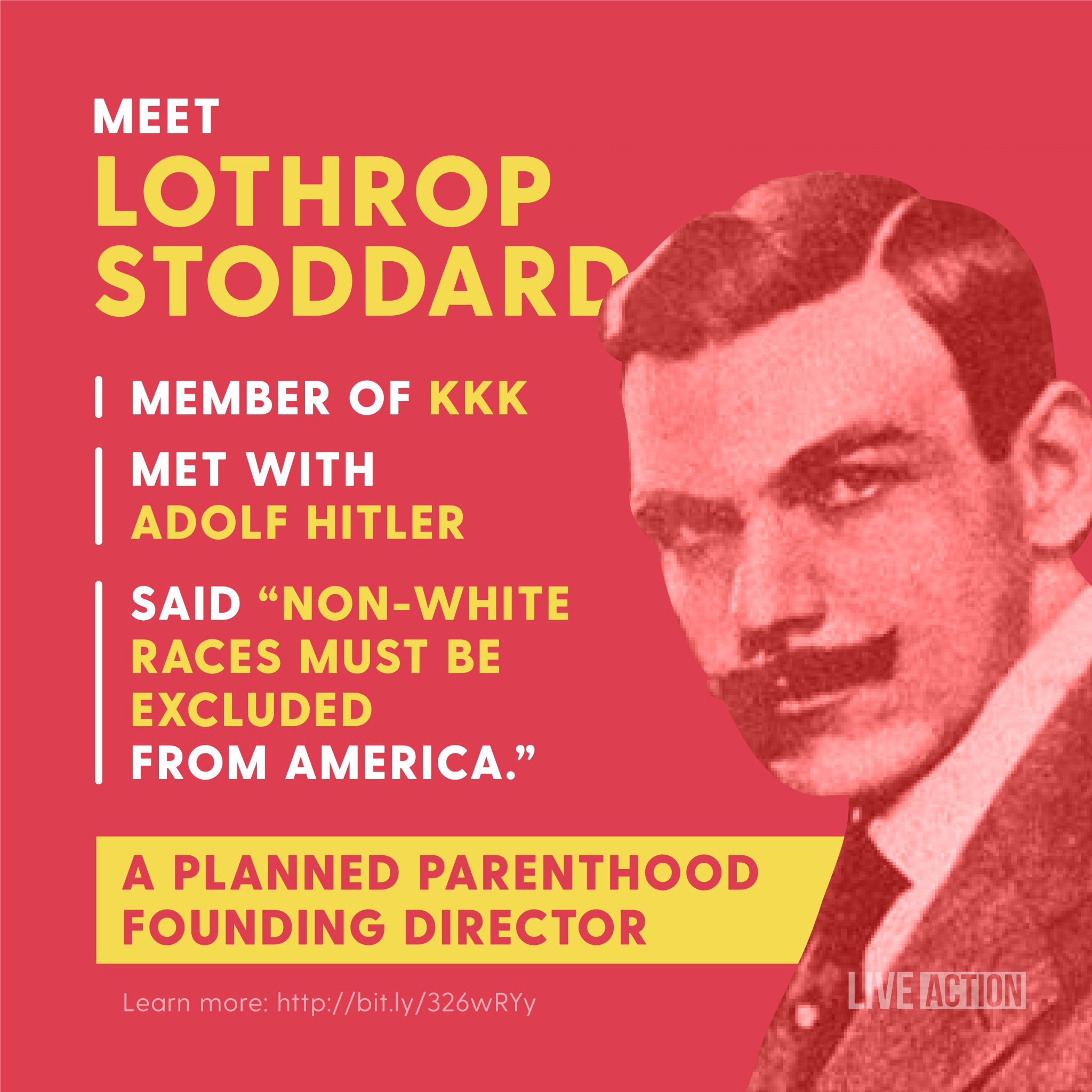 Johnson also neglects to mention that Sanger was close friends with Lothrop Stoddard, the Klansman who wrote The Rising Tide of Color and was appointed by Sanger to the board of the Birth Control League. Stoddard was so beloved by the Nazis for his racial theories that he even met personally with Adolf Hitler.” Read More