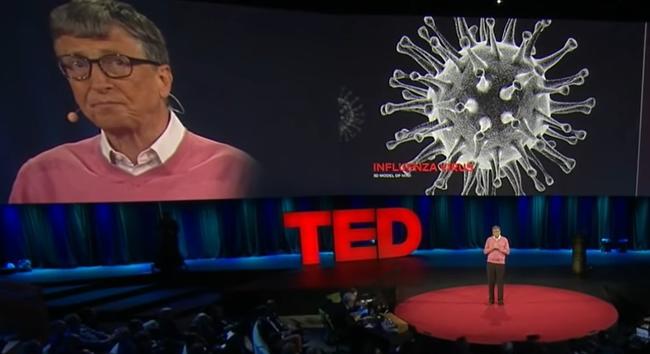 We don’t want to have a lot of recovered people…

To be clear, we’re trying – through the shut-down in the United States – to not get to one percent of the population infected. We’re well below that today, but with exponentiation, you could get past that three million [people or approximately one percent of the U.S. population being infected with COVID-19 and the vast majority recovering]. I believe we will be able to avoid that with having this economic pain.”

It appears that rather than let the population be exposed to the virus and most develop antibodies that give them natural, long-lasting immunity to COVID-19, Gates and his colleagues far prefer to create a vast, hugely expensive, new system of manufacturing and selling billions of test kits, and in parallel very quickly developing and selling billions of antivirals and vaccines.

And then, when the virus comes back again a few months later and most of the population is unexposed and therefore vulnerable, again selling billions of test kits and medical interventions.

Right after that, at 34:14, Gates talked about how he sees things rolling out from there.

Eventually what we’ll have to have is certificates of who’s a recovered person, who’s a vaccinated person…

…Because you don’t want people moving around the world where you’ll have some countries that won’t have it under control, sadly.

You don’t want to completely block off the ability for people to go there and come back and move around.

[Some time on the afternoon of March 31 the last sentence of this quote was edited out of the official TED video of the interview. Fortunately, recordings of the complete interview are archived elsewhere.]  Read More …

Opinion: It is becoming clear why Bill Gates dropped from the board of Microsoft. He will be busy running the world.

I don’t mean to imply that Gates is the Antichrist, but it is that infrastructure of the final world government that we have been talking about for years that appears to be nearing completion.

The digital certificate that Gates keeps talking about that will control the flow of people moving about the world completes the circle. How small a step is it then, for a mark that controls a person’s ability to buy and sell?

Even secular people know about that Revelation 13:15-17