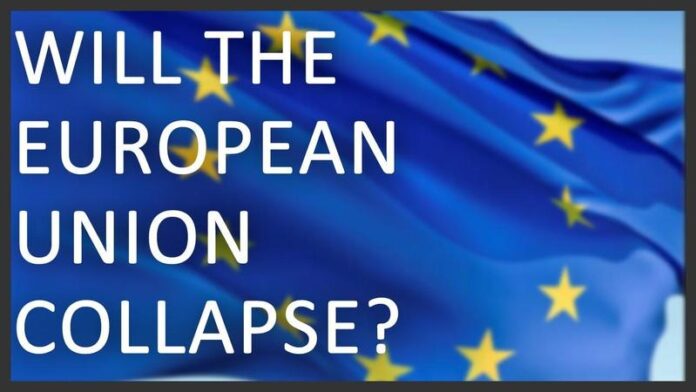 Zero Hedge: With so many countries across the world facing difficulties, many people have yet to notice the Euro-Zone has become a place where hope goes to die. The last round of elections in the Euro-Zone should bring little comfort to those supporting a stronger Europe. Huge gains were made by forces seeking more power for the populist agenda.

In short, it is a boost for the rights of individual nations to have more say in how they are governed. Two of the most pressing issues are that insolvent Italy struggles with a stagnate economy, and Spain is coming apart politically with Catalan separatists defying Spain’s Prime Minister.

To avoid the union coming apart at the seams and a miserable future, the European Commission recently unveiled an unprecedented  €750BN CoVid-19 recovery plan. It consists of €500 billion in grants to member states, and €250 billion would be available in loans.

The Euro-Zone was already in deep trouble before CoVid-19 hit, the weakness that started in 2017 never ended. In the fourth quarter even Germany narrowly escaped recession. This could be blamed on the Brexit or Trade War but it goes beyond that, they abandoned all structural reforms in 2014 when the ECB started its quantitative easing program (QE) and expanded the balance sheet to record-levels. Read More …

Opinion: We have said it before in many different ways. Quantitative Easing, or central bank money printing, is like economic cancer. The chemo treatment for excessive debt is something no politician or central banker has the courage to even whisper:

But instead, what happens every time a new crisis hits, the central bankers print more stimulus money and the vicious cycle continues. The next crisis for Europe will likely come from the loss of vacation travel that accounts for up to 22% of the EU gross domestic product (GDP).

That the fear of Covid-19 is worse than the disease is lost on ultra-liberal EU member states. They are lost in socialist ideology.

“And the ten horns out of this kingdom are ten kings that shall arise: and another shall rise after them; and he shall be diverse from the fi rst, and he shall subdue three kings.”

If we have the context of the Daniel 7:24 verse correct, when the Biblical financial crisis of Revelation 9:5-6 comes, it will begin in the EU and spread to the west. The amount of debt held by the two largest economies in the world will spiral out of control setting the stage for a new voice with all the answers.

It happened in the French Revolution in the late 1700s when the poor rose up after the culmination of years of starvation and deprivation under French rulers and noblemen. The people wanted to improve their economic fortunes. Instead of improving, France descended further into corruption and chaos, and ushered in the rise of a new dictator — Napoleon.

It happened in post WWI Germany which gave rise to Adolf Hitler, and it will happen again (Revelation 6:5-6) early in the tribulation.

For more see our post “The Spread of the Debt Virus” here.