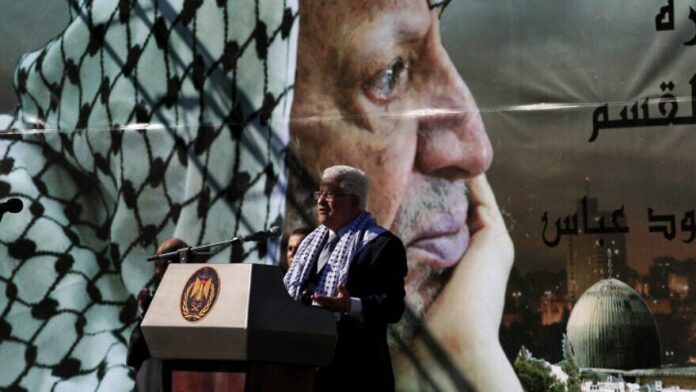 YNet News: Lawsuit brought by Palestinian leader’s widow and daughter alleged he died of polonium poisoning which many Palestinians attribute to Israel — a charge the Jewish state has flatly denied

YNet News: The European Court of Human Rights on Thursday dismissed a case brought by the widow and daughter of Yasser Arafat, who have claimed the iconic Palestinian leader’s death was the result of poisoning.

Arafat died at the Percy military hospital near Paris aged 75 in November 2004 after developing stomach pains while at his headquarters in the West Bank city of Ramallah.

Opinion: In our book Antichrist: The Search for Amalek, Arafat has the title Antichrist #8. If not for Nero (#6) and Hitler (#7), I would have said that Arafat was the most depraved of them all. Arafat’s hatred of Israel knew no bounds.

Excerpt: “According to the former head of Romanian intelligence, Lt. Gen. Ion Mihai Pacepa, who is one of the highest-ranking communist defectors of all time, Rahman al-Qudwa (Yasser Arafat) became an important political ally of the communist bloc following the death of Egypt’s president, Gamal Abdul Nasser, in 1970. Gen. Pacepa’s account of Rahman’s intimate relations with the communist bloc is related in a book entitled Red Horizons.

As it happens, Pacepa tells us that the Communists trusted Rahman because he was a voracious homosexual. This alone made him a workable Kremlin puppet, because once the Romanian intelligence services had taped Rahman’s sex sessions with men and boys, he was completely in their hands. Afterwards, Rahman’s friendship for the Communist bloc would be permanent—if he valued his growing popularity in the Arab world. Rahman al-Qudwa is better known as Yasser Arafat, the chairman of the PLO since 1968 and the president of the Palestinian Authority—which is now at war with Israel. According to General Pacepa’s account, Communist dictator Nicolae Ceausescu ordered his people to bring Arafat over to Romania.

In late 1970, the chief of Romanian intelligence in Egypt, Gen. Constantine Munteanu, arrived in Bucharest with Arafat in tow. Munteanu had gathered an extensive file on Arafat, which characterized the PLO leader as “so much cleverness, blood, and filth all together in one man.”

Pacepa says that this was Munteanu’s “standard definition of Arafat”. Since 2004, Arafat’s cause of death has been attributed to:

• A stroke brought on by a mystery blood disorder
• A massive, hemorrhagic cerebrovascular accident
• The flu
• Poison by the Israelis

All are obvious distractions from the most likely diagnosis of AIDS.”

“…the Lord has sworn: the Lord will have war with Amalek from generation to generation.” Exodus 17:16