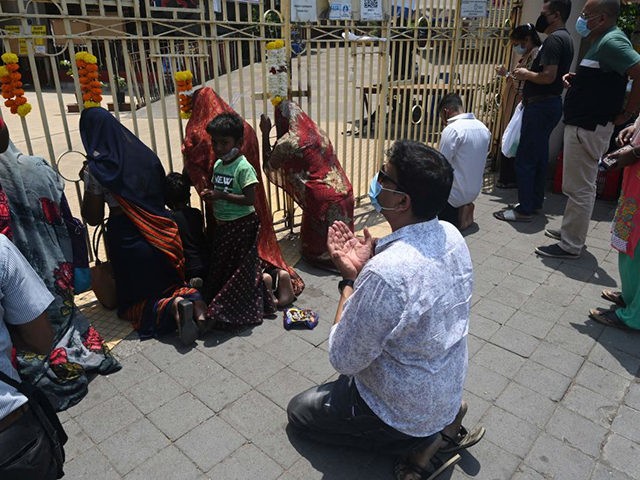 Breitbart: The Chinese coronavirus pandemic has exacerbated what were already harrowing scenarios of discrimination against Christians in India, the aid group Open Doors warned in an interview with Breitbart News this week.

“Blessed are ye, when men shall hate you, and when they shall separate you from their company, and shall reproach you, and cast out your name as evil, for the Son of man’s sake.” Luke 6:22 KJV

Open Doors, which operates worldwide to advocate for religious freedom and help persecuted Christians, has observed an increase in cases in which governments imposing lockdowns and other policies to limit movement throughout India do not equally distribute necessary food and other aid to known Christians in their neighborhoods, Isaac Six, the group’s director of advocacy, told Breitbart News on Wednesday.

Local politicians, typically catering to the majority Hindu population, have left Christians in rural areas without the means of attaining food and risking starvation. In some cases, the officials deny the food outright, while in others they refuse to offer food to needy Christian families before serving all Hindu residents in an area.

India is facing the worst’s most severe acceleration of Chinese coronavirus contamination in the world, reaching a milestone of 400,000 documented cases a day this week. India has documented over 20 million cases of coronavirus since the pandemic began and over 226,000 deaths as of Wednesday, a toll rapidly increasing in the most affected communities.

The rapid rise in cases has increased called for a national lockdown, potentially worsening the situations putting minority Christians at risk of starvation. Read More