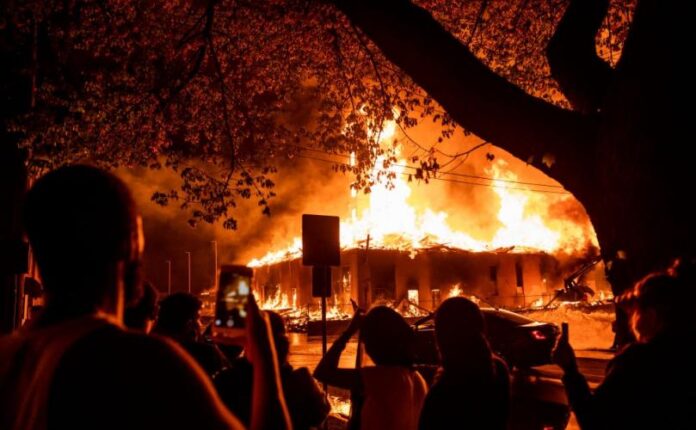 American Greatness: Carl Racine (D-D.C.), the Attorney General of Washington, D.C., has publicly offered to seal the arrest records of over 200 rioters who participated in acts of widespread vandalism last summer, as reported by the Daily Caller.

Racine’s office sent a letter out to approximately 220 individuals who had been arrested last summer for rioting, with the offer that if they responded to his letter, he would see to it that his office sealed their arrest records. This comes after Racine’s office already confirmed that it had no plans to prosecute any of the rioters.

Abbie McDonough, Racine’s director of communications, reiterated this decision in a statement to the media, saying that “we declined to prosecute the vast majority of protesters who were arrested in early June 2020 for violating the Mayor’s curfew order,” falsely describing them as “peacefully protesting.”

Opinion: The opposite of the rule of law is encouraging and rewarding lawlessness. The US has been rewarding people for breaking immigration law, and now, not only refuses to punish anarchists who looted and burned American cities, but the Vice President of the United States called for donations so that a nonprofit could bail out activists arrested at Black Lives Matter protests in Minneapolis.

As the US sees the rule of law disintegrate, tyranny will eventually come.

All roads lead to the fulfillment of prophecy and the coming tribulation period.

“And because lawlessness will abound, the love of many will grow cold.” Matthew 24:12 gives us a clear view of the tribulation period. A time after the Church has been taken up, when men will turn on each other and hate one another due to lawlessness.

The time Matthew is speaking of is the mid point of the 7 year tribulation period. The Antichrist will have risen to power, confirmed a peace with Israel and will have broken the agreement ushering a time of great persecution.

“Then they will deliver you up to tribulation and kill you, and you will be hated by all nations for My name’s sake. 10 And then many will be offended, will betray one another, and will hate one another. 11 Then many false prophets will rise up and deceive many. 12 And because lawlessness will abound, the love of many will grow cold. 13 But he who endures to the end shall be saved.”

Jesus is speaking to Jewish people and Gentiles who have rejected Christ’s pardon for sin. Believing Jews will be betrayed by non-believers and many will be deceived by false prophets (Mat. 24:5), causing wickedness to increase and the love of many to grow cold.

Those who remain faithful to the Lord until the end of that period will be saved.