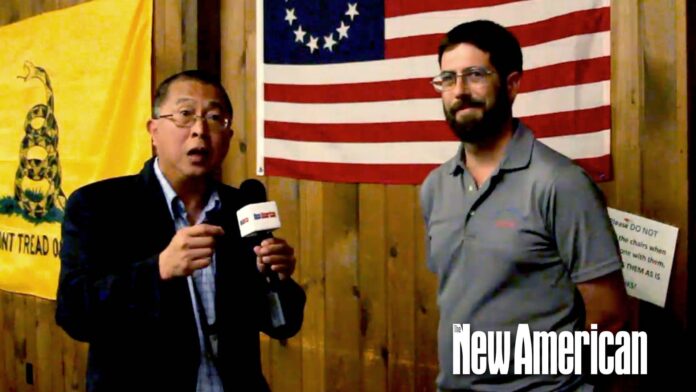 The New American: Humanity should expect colder temperatures worldwide in the coming decades thanks to variations in solar activity, and CO2 does not control or even significantly impact global climate leading astrophysicist Dr. Willie Soon tells The New American magazine’s Alex Newman in this already viral interview for Conversations That Matter. Dr. Soon, affiliated with Hungary’s Planetary Earth Science Institute and other organizations, noted that the climate alarmists are spreading disinformation on everything from wild fires to the influence of carbon dioxide on temperatures.

Indeed, CO2 is the gas of life, he says, and is only a “bit player” at most in the climate system and weather. In this interview he discusses some of the failed predictions of the climate catastrophe advocates and notes that the United Nations Intergovernmental Panel on Climate Change (UN IPCC) is not to be trusted.

Opinion: Politicians that are confusing the world are out in force:

‘The world is going to end in 12 years if we don’t address climate change,’ Ocasio-Cortez says

The youngest woman ever elected to Congress again made headlines and sparked conservative criticism when she said Monday that she and other young Americans fear “the world is going to end in 12 years if we don’t address climate change.” more

John Kerry is Biden’s special envoy for climate, a position that involves meeting with countries around the world about efforts to stem emissions.

He calls the threat of climate change “existential.” more

As he arrived in Europe to rally US allies against Russian hackers and Chinese secrecy on COVID-19’s origins, President Biden said that the Pentagon told him global warming is “the greatest threat facing America.” more

“The climate crisis is a profoundly destabilizing force for the world, Austin said. As the Arctic ice melts, competition for resources and influence in the region increases. Closer to the equator, rising temperatures and more frequent and intense extreme weather events in Africa and Central America threaten millions with drought, hunger and displacement.” more

The shear arrogance of men and women is astounding. So who is in charge of the weather?

“He gives rain on the earth,
And sends waters on the fields.” Job 5:10

“For He says to the snow, ‘Fall on the earth’; Likewise to the gentle rain and the heavy rain of His strength.” Job 37:6

His name is God Almighty.