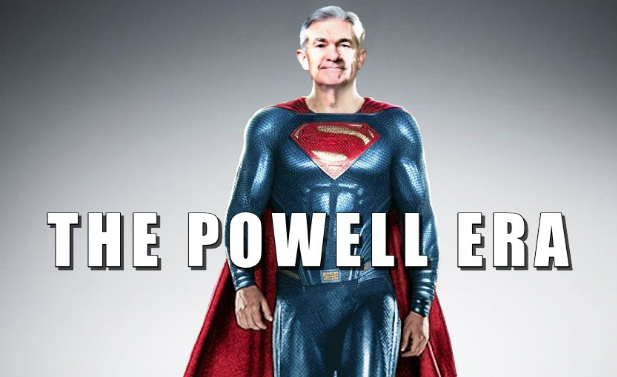 CNBC: The Federal Reserve kept interest rates near zero and indicated that’s where they’ll stay as the economy recovers from the coronavirus pandemic.

Opinion: Japanification, here we come. The US stock market rallied 7000 points from the Covid-19 low thanks to the 7 largest central banks buying assets with printed money.

And despite the recovery, super-Jay is keeping the pedal to the metal buying $120 billion government bonds per month, prolonging Quantitative easing (QE) for at least 2 years, but in reality, forever.

What is lost on most of the world is that QE is borrowed money that does not show up in the national debt. It is Federal Reserve debt and like any other debt, it must be paid back at some point.

The question is how?

Once again, Chairman Powell said that these (QE) measures are temporary and once the economy stabilizes he will put these monetary tools ‘back in the tool box’. How ironic that Chairman Bernanke, along with the Obama economic team, also called QE temporary.

The markets belong to the central bankers. The idea of normalized markets functioning without their monetary support is long gone. It does not take an economic genius to see that some day this will all implode and the central banks will be powerless to stop it. The catalyst for the event will be bigger than the housing crisis, bigger than Covid-19 and bigger than the George Floyd riots, combined.

It is an event that most Christians have only vague ideas about and secular people laugh at in much the same way they laughed at Noah building a boat. One day Jesus Christ will return for His church and tens of millions will disappear (1 Thess. 4:16-17). The only warning prior to the event will be that lawlessness will be amplified to previously unimagined levels.

Paul called it the mystery of lawlessness that will grow until the Holy Spirit is removed along with the church He indwells (1 Thess, 2:7).

Sure glad none of that is happening now, aren’t you?