Zero Hedge: As the apex predators of capitalism, hedge funds are accustomed to raking in billions by driving companies into the ground and feasting on the carcasses.

So there was widespread satisfaction last week when members of an online discussion group called WallStreetBets started beating the Wall Street bully boys at their own game. Ringleaders of the group noticed that hedge funds had taken a short position in the videogame retailer GameStop that far exceeded the number of shares available to trade. Motivated as much by revenge as by profit, these influencers in the group encouraged the 2.7 million members (since risen to around 8 million) to purchase the stock in order to drive the price higher and create a massive short squeeze. This quickly became a movement with a cause similar to that of Occupy Wall Street, except much more effective because it hit the intended target where they would feel it the most, in the wallet. “The only way to beat a rigged game,” one WallStreetBets leader said, “is to rig it even harder.”

GameStop stock, which closed at $17.69 a share on Jan. 8, shot up to $347.51 by the close last Wednesday. With combined losses of almost $20 billion, hedge funds were on the ropes and close to bleeding out, selling their longs in an increasingly futile effort to cover their shorts. One fund, Melvin Capital, lost over half its value and had to be bailed out by hedge fund sugar daddies Ken Griffin (Citadel) and Steve Cohen (Point 72). Another fund, Citron, was teetering on the brink of collapse.

All this outsider army needed to win was the continued ability to communicate with each other online, and their collective ability to keep piling into the “Buy” side of the trade. Within hours, they would be hobbled on the first front and crippled on the second.

Opinion: The once great free market is on life support. 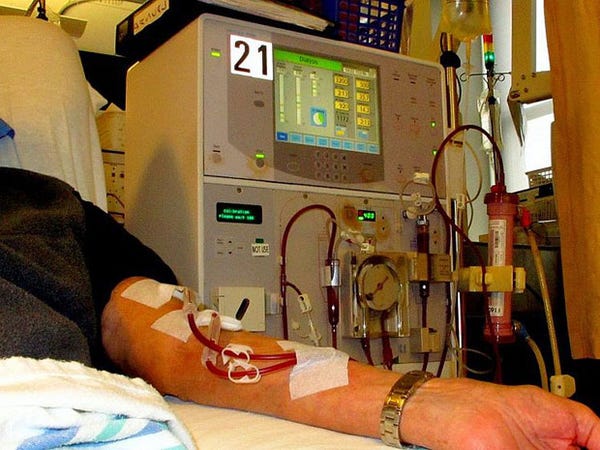 Allow me to make this simple:

Mega-rich traders pool their money into hedge funds typically with $5 million (or more) minimums. When these pools of funds find a weak company trading, they sometimes sell the stock short by borrowing the stock from a brokerage company and selling the shares betting they will drop in value. The hedge fund has to someday buy the stock back in order to pay the broker back. The difference is either a profit or loss.

Then comes the manipulation.

The hedge fund will then write research on the company pointing out its weaknesses  thereby causing share holders to sell. When the stock drops to the desired level the hedge fund buys the shares, pays back the brokerage and pockets the profit. Is it legal – yes.

WallStreetBets is a group of investors that banded together to beat the hedge funds at their own game. They started buying the stock in big quantities thereby panicking the hedge funds and causing them to buy the stock which kept driving it higher and higher. Is it legal? – yes.

1. The hedge funds sold short 140% of the stock which is not legal

“Do not harm the oil and wine” from Revelation 6:5-6 comes to life here.

Synthetic Salvation – On Genomics, Mind Uploads, & The Quest For Immortality

Would you EVER have believed ANY OF THIS would be called ‘NORMAL’?

The world says: Lapid’s support for a 2-state solution is laudable…and very late