An email obtained by the Washington Free Beacon asks law students to stand “in solidarity and support” of their transgender and “nonbinary” peers by putting their pronouns in usernames for online meeting platforms and social media sites.

The email to students at one of the nation’s top-ranked law schools also defined pronouns and explained pronoun usage as a part of speech.

Displaying pronouns “helps to ensure that everyone, regardless of their gender identity, will be correctly addressed” in class, the email states. Students who identify as their biological sex should also display their preferred pronouns to avoid “isolating” students who go by different pronouns, including “they” and “ze.” Read More

“A woman shall not wear a man’s garment, nor shall a man put on a woman’s cloak, for whoever does these things is an abomination to the Lord your God.”

I guess it’s obvious that LGBT battlegrounds now include Catholic institutions. Georgetown, a Catholic (Jesuit) University, is now officially ‘woke’. If/when the Equality Act passes the Senate and is signed by Joe Biden, the above verse will become hate speech, possibly a crime. 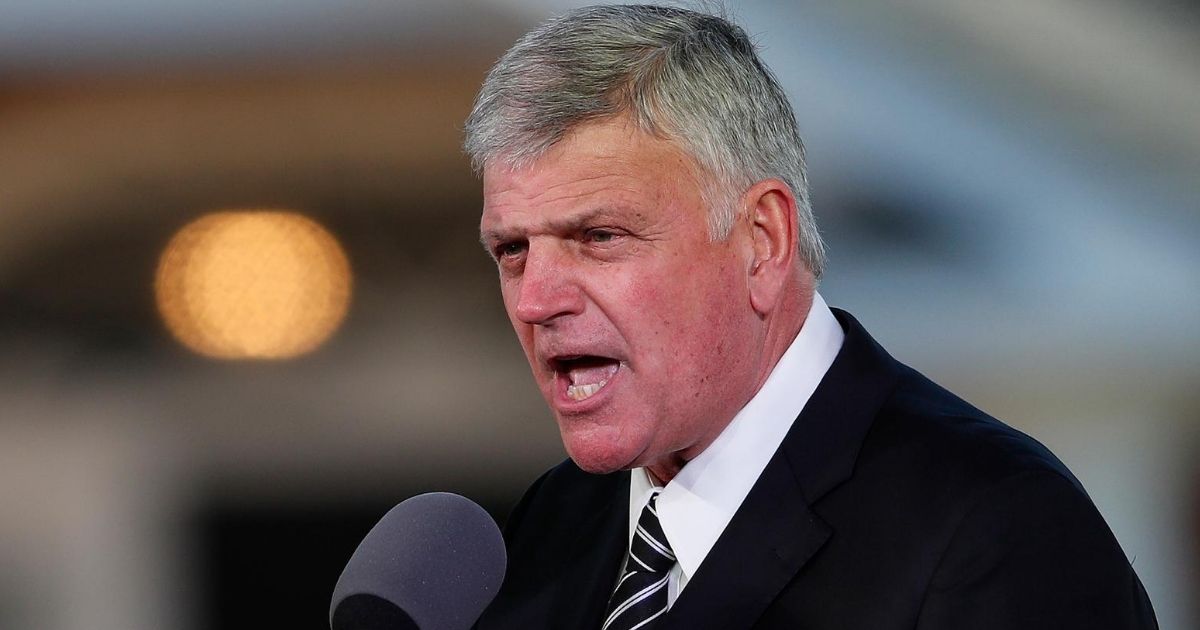 Franklin Graham: the Equality Act will …

Designate schools, churches, and healthcare organizations as “public accommodations.” With this, schools, churches, and hospitals could be forced to accept the government’s beliefs and mandates about sexual orientation and gender identity. That would be highly intrusive and incredibly far-reaching. It will threaten everyday speech where people can be fined or lose their jobs for using the wrong name or pronouns.

Legislate that we allow boys in girls’ sports, boys in girls’ locker rooms, men in women’s shelters, and men in women’s prisons. It will force teachers and students to publicly pretend that a biological male is a female. Schools will be encouraged or mandated to instruct first, second, and third graders that they can choose to be a boy or a girl, or neither, or both, making biological sex (and science) a relic of the past.

Use the force of law across all 50 states to strip Christian and other religious ministries of their right to hire people of shared faith to pursue a shared mission. Can you imagine a Christian organization being forced to hire people hostile to its deeply held beliefs who have no passion for its beliefs, teachings, and mission? That doesn’t work.

Strip health professionals of their rights of conscience. It will force doctors and medical professionals who long to do no harm to engage in gender transition treatments such as hormone-blocking, cross-sex hormones or surgery. It is obvious that a Catholic or faith-based hospital should not have to perform gender transition surgeries that go entirely against all they believe.

Be a tool used by the government to deny or threaten accreditation to religious colleges and universities if they do not satisfy the demands of the secular Left to apply sexual orientation and gender identity to dorms, sports, places of privacy and even teachings. The Act could be used as a weapon to threaten the availability of federal student loans and grants to students at certain disfavored religious schools. Read More

The Equality Act passed the House and is pending passage in United States Senate.