Home End Times Hyperinflation Is “Nature’s Way Of Fixing A Society” That Has Forgotten How... 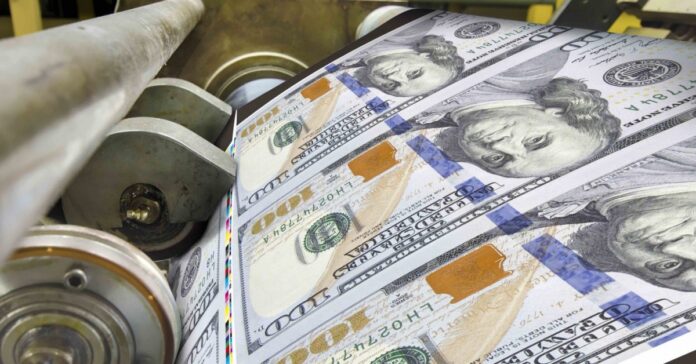 Profligate money printing by the US Federal Reserve and by other Western central banks has amounted to around $10 trillion over just the last year. The amount of currency in circulation has grown to $2 trillion, breaking a record set in 1945 and showing an almost 12% increase over 2019. The US federal budget deficit stands at just about $3.5 trillion, which is over 16% of GDP—the highest it’s been since World War II. Meanwhile, the US federal debt has just topped $28 trillion. Over the past year the US has overspent its revenues by a staggering 194%.

Prices are going up everywhere even as the underlying economy remains in coronavirus-inspired doldrums, specifically because consumption has been repressed, with the coronavirus as an excuse, to delay the onset of hyperinflation. And then the Chairman of the Federal Reserve steps in and calms the troubled waters by publicly claiming that “There is no reason to be afraid of hyperinflation.” This sounds a lot like denial, which is the first of the five stages of grief, after which come anger, bargaining, depression and acceptance. Powell said “hyperinflation”; therefore, there shall be hyperinflation. 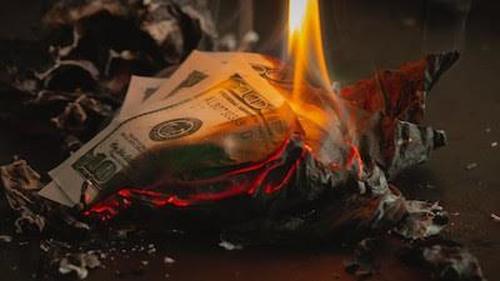 Opinion: Hyperinflation as a solution is like having a rattlesnake as a pet.

Germany 1921-23 – The Weimar Republic, Germany’s government from 1919 to 1933, fell into hyperinflation. In October 1923, German prices rose at the rate of 41 percent per day. Starving Germans eventually brought in Adolf Hitler. as a savior for the economy.

Lebanon 2020-21 – The entire Lebanese government resigned after the August 4, 2020 blast that killed at least 200 people and injured about 5,000 others. The blast came at a difficult time for Lebanon, which is not only trying to curb the spread of the coronavirus but is also mired in an unprecedented economic crisis.

the Lebanese Pound – nicknamed ‘Lira’ now – has continued collapsing. Despite the official rate of 1,500 pounds to the USDollar, the ‘lira’ is trading hands on the black market at over 12,500 to the USDollar – erasing over 85% of its purchasing power in a year…

Hyperinflation has two main causes: an increase in the money supply and demand-pull inflation. The former happens when a country’s government begins printing money to pay for its spending. As it increases the money supply, prices rise as in regular inflation.

Nations caught in hyperinflation tend to elect leaders who are worse than the ones that caused the problem i.e. Adolf Hitler, Nicolas Maduro, Michel Aoun.

When the western economies (US, EU) reach the same outcome due to massive money printing, the end result will be hyperinflation on a global scale. A new global leader will emerge (Daniel. 7:8)

There will be no escape and no remedy.

See The 1% and Revelation: Do not Harm the Oil and Wine Here

Why COVID Vaccines Are Dream Come True for Central Banks