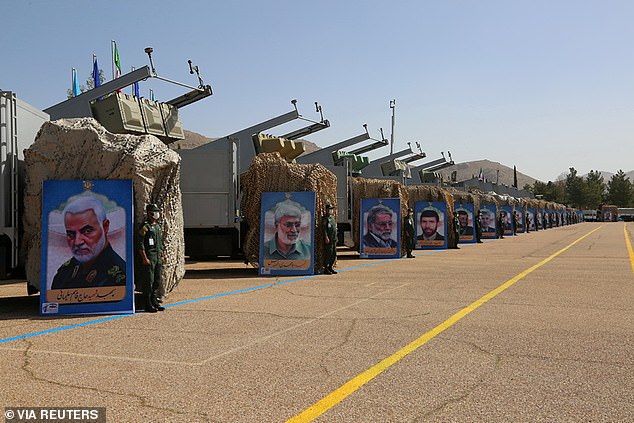 “Persia, Cush and Put will be with them, all with shields and helmets” Ezekiel 38:5 NIV

Iran has showed off what it says is a new high-tech ‘missile city’ with an underground stash of rockets operated by its Revolutionary Guards.

The base was inspected by Guards commander Hossein Salami who boasted that it makes up only a ‘small section of the great and expansive missile capability’ possessed by Tehran.

Footage broadcast by state TV showed rows of missiles stashed in a depot at the underground base, while the head of the Guards’ naval unit said the site was equipped to detect enemy signals. Read More