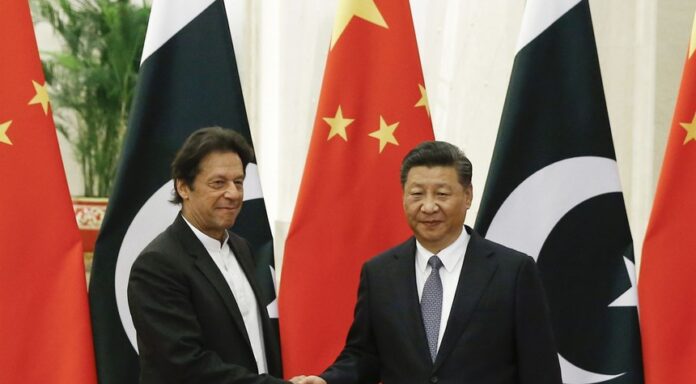 PJ Media: During their now-infamous phone call on July 23, Afghanistan’s then-President Ashraf Ghani told Old Joe Biden: “Mr. President, we are facing a full-scale invasion, composed of Taliban, full Pakistani planning and logistical support, and at least 10-15,000 international terrorists, predominantly Pakistanis thrown into this, so that dimension needs to be taken account of.”

The Pakistani “dimension” was never taken care of, despite the fact that Pakistan has now become, as Richard Fernandez noted in mid-August, “a Chinese client state.” According to a Politico report Thursday, Biden’s handlers, as clueless and incompetent as ever, are now “quietly pressing Pakistan to cooperate on fighting terrorist groups such as ISIS-K and Al Qaeda in the wake of the Taliban takeover of Afghanistan.”

As absurd as it is for Biden’s handlers to continue to regard Pakistan as an ally, they aren’t even close to being the first American officials to be played for fools by the sharpies in Islamabad. As far back as 2008, the New York Times reported that during a battle with the Taliban near the Afghanistan-Pakistan border, “ the Americans started calling in airstrikes on the Pakistanis after the latter started shooting at the Americans.” A villager who saw it all recounted: “When the Americans started bombing the Taliban, the [Pakistani] Frontier Corps started shooting at the Americans. They were trying to help the Taliban. And then the American planes bombed the Pakistani post.”

The bombing caused friction between the two countries, as Pakistan was supposed to be our ally in the War on Terror, but it didn’t start acting like an ally after that, either. The Pakistani government received billions to fight jihad terror and continued to do so even after the 2008 Times story revealed that many Pakistani officials were “assuring the United States that they were vigorously repressing Islamic militants — and in some cases actually doing so — while simultaneously tolerating and assisting the same militants.”

The most notorious example of this double game was the fact that Osama bin Laden lived peacefully for years in Abbottabad down the street from Pakistan’s leading military academy. Read More …

The events in Afghanistan these past weeks are causing prophecy teachers to try to determine whether Afghanistan and Pakistan are a part of the Gog Magog war (Ezekiel 38) or the final war of Armageddon (Daniel 11:40-45; Revelation 16:12).

Let’s give it a shot:

The focus for this post is the ancient Persian Empire in relation to the above article:

The Persian Empire, also known as the Achaemenid Empire, lasted from approximately 559 B.C. to 331 B.C. At its height, it encompassed the areas of modern-day Iran, Egypt, Turkey, and parts of Afghanistan and Pakistan.

So where do the ‘stan’ nations (-stān is a Persian suffix for “place”): Kazakhstan, Tajikistan, Uzbekistan, Kyrgyzstan, Turkmenistan, Afghanistan, Pakistan) fit in the final wars?

Our original Gog Magog map in BP 101 places Magog, a grandson of Noah, as part of Russia ……

With all the activity in Afghanistan, recent thinking has the ‘stans’ in Magog, but leaving nuclear-armed Pakistan out: 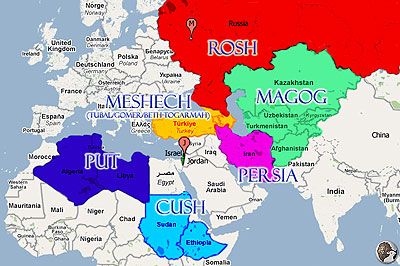 The featured article above says that according to Politico, Pakistan is a now a “Chinese client state’ helping the Afghan Taliban take power. Therefore, a new map may be needed to place most of the ‘stans‘ in Magog, but both Afghanistan and Pakistan as a part of the Kings of the East in the final war. The Biden administration’s call for Pakistan to help fight jihadis appears to be another gigantic mistake.

“The sixth angel poured out his bowl on the great river Euphrates, and its water was dried up to prepare the way for the kings from the East.” Revelation 16:12

In response to Daniel’s answer from Gabriel, knowledge is increasing.