Home Antichrist If Italy Fails, Then Europe Fails Too 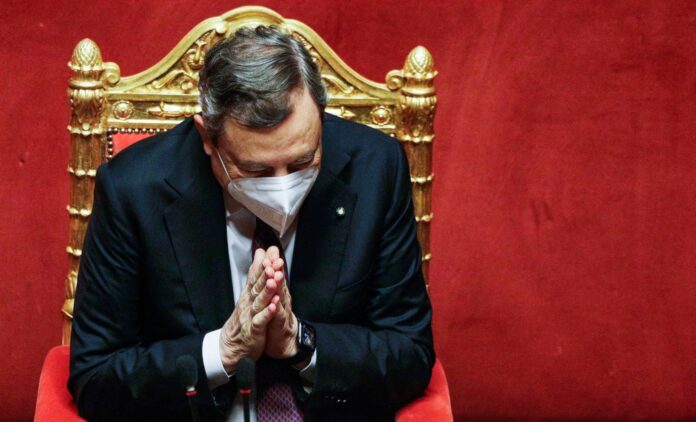 Failure to do so would consign Italy to decline and blight the European Union’s plans for further fiscal integration.

Draghi evoked the ghosts of the statesmen of Italy’s postwar reconstruction as he laid out his 273-page spending and reform plan to parliament this week. A comparison with Italy’s ravaged economy after World War II isn’t far-fetched. The country’s gross domestic product shrank 8.9% last year, compared with a 6.2% decline for the EU on average. More than 120,000 Italians have died from Covid-19, the greatest loss of life in the bloc from the virus.

The pandemic also hit Italy’s already dwindling birth rate. There were fewer babies born there last year than at any time since unification. Almost 10% of the population lives in absolute poverty.

What’s more, the virus struck Italy when its economy still hadn’t recovered from the financial crisis, the only EU country to fail to do so. Read More …

D. all the above

2. In Bible prophecy what empire will rise to dominate the globe as a result of global hyperinflation (Rev. 6:5-6)?

D. None of the above

B – the revived Roman Empire is the correct answer

3. From what city will the false religious leader (Pontifex Maximus) most likely begin his reign (Rev. 13.11)?

D. None of the above

B – Rome is the correct answer and you can read more about all three questions in our paper “The 1% and Revelation: Do not Harm the Oil and Wine” HERE